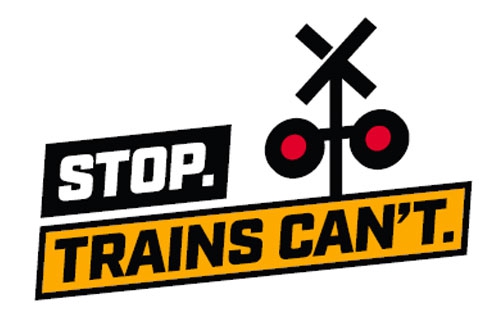 Recently released statistics from the Federal Railroad Administration (FRA) reveal a mixed safety story for the rail industry with 2017 marking the lowest rate of track-caused and human factor-caused accidents ever, but the year also saw an increase in crossing incidents and in trespassing casualties.

“While the safety of rail operations remains strong, our job is not done,” said AAR President and CEO Ed Hamberger. “The rise in pedestrian deaths in 2017 is a stark reminder of the perils of risky behavior around railroad tracks.”

The FRA’s statistics show a 22 percent increase in trespass deaths between 2016 and 2017, as well as increases in crossing collisions, crossing deaths and trespass injuries. Operation Lifesaver, Inc. (OLI), notes that the 2017 rail trespass casualty rate (deaths and injuries per million train-miles) was 1.55, its highest level in the past decade.

“We are very concerned about the increase in crossing incidents and deaths, and alarmed by the sharp rise in trespass deaths,” said Interim OLI President Wende Corcoran.

She continued by saying OLI would focus public attention on these issues during September’s Rail Safety Week and pledged to continue a close working relationship between FRA and OLI’s state programs to continue to spread the safety message.

States with the most crossing collisions in 2017 were Texas, California, Illinois, Florida and Georgia. States with the most trespasser casualties (deaths and injuries combined) in 2017 were California, Texas, Florida, Pennsylvania and Illinois. There were 888 total fatalities in 2017, 575* (64.7 percent) were trespass deaths and 274 (30.8 percent) were crossing deaths.