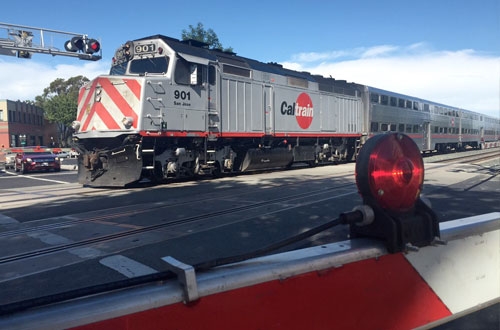 Caltrain has determined that the San Francisquito Bridge, built in 1902 and which supports trains moving between Menlo Park and Palo Alto, is nearing the end of its service life and needs to be replaced.

While Caltrain said the bridge is in reasonably good shape, the agency pointed out some areas have weakened, and told Palo Alto city officials they would begin replacing the bridge in roughly two years.

While replacing a deteriorating bridge would not normally be a point of controversy, the challenge here is that Palo Alto plans to eliminate road-rail crossings through a redesign of its railroad corridor. That’s not controversial, either. According to Palo Alto Online, however, Caltrain and Palo Alto’s goals will interfere with each other, because if the bridge is replaced, it will remain at the same grade it is now. To accomplish Palo Alto’s plan of separating road-rail intersections, the rail line must be raised or lowered. With a new bridge at the old grade, Palo Alto’s efforts would be a lot tougher and more costly.

Caltrain is challenged also by the completion of its electric corridor in 2024. When that occurs, train frequency on the bridge will increase, and will continue to increase in subsequent years.

Meanwhile, Caltrain is inspecting the bridge more frequently and installed a monitoring system to warn of any forming cracks between inspections. The mayor of Palo Alto, Pat Burt, has tried to convince Caltrain to make major repairs to the bridge instead of replacing it. However, Caltrain officials believe that if they will need to replace the bridge at some point, it’s not the best use of resources to strengthen the existing bridge.

At this point, both the city of Palo Alto and Caltrain continue to evaluate the situation to determine how to move forward. 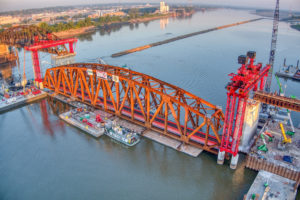