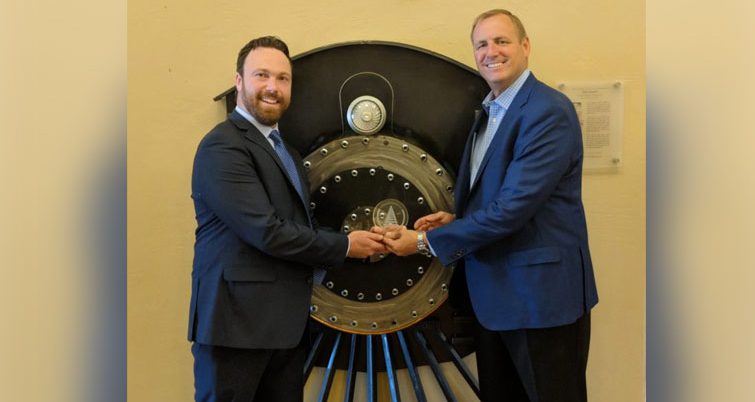 The award was created in 2017 and is given to members of Congress who have “shown leadership on policies that help ensure the vitality of railroads in the United States.” Rep. Denham is the first member of Congress to be recognized with the award in 2018. Past recipients of the award include Reps. Bill Shuster (R-PA-9) and Peter DeFazio (D-OR-4) and Sens. John Thune (R-SD) and Bill Nelson (D-FL).

AAR and GoRail credit Rep. Denham’s “understanding of the distinct role railroads play in the American economy and the need for safe and efficient operations made possible through sustained investment.” Rep. Denham serves as the chairmen of the Railroads, Pipelines, and Hazardous Materials Subcommitee of the House Transportation & Infrastructure Committee. His name is also included among those who could take over as chair of the T&I Committee following Rep. Shuster’s final term.

“California’s diverse and enormous economy remains closely linked to overall U.S. competitiveness, and freight railroads continue to provide a safe, reliable and sustainable form of transportation for getting goods to and from market,” said AAR President and CEO Edward R. Hamberger. “Chairman Denham has long understood this reality and, to the benefit of his constituents, he has legislated in a manner that allows for the industry to provide the greatest public impact. His leadership on landmark legislation, chiefly the Fixing America’s Surface Transportation (FAST) Act of 2015, continues to serve Californians and Americans well through the presence of both privately financed freight railroads, as well passenger entities such as Amtrak.”

In prepared remarks introducing Rep. Denham, Nate Kaplan, California state director for GoRail, commended the diverse representation of the rail sector at the event, including Union Pacific and California Northern Railroad. Kaplan specifically addressed the safety enhancements made possible through the FAST Act, which was shaped in large part by Rep. Denham, including an increased standard for tank cars carrying hazardous materials. Kaplan also pointed to the reauthorization of the Surface Transportation Board (STB) in 2015, which kept intact key tenets of policy enacted nearly 40 years ago, which partially deregulated freight railroads and allowed for greater economic independence, policy with strong correlations to drastic improvements in service, safety and shipping costs.

“Businesses and consumers across California and the U.S. benefit from an innovative freight rail industry that invests large amounts of private capital into the nation’s rail network,” said GoRail President Russell McGurk. “Making this possible are sound public policies and elected leaders like Congressman Denham with the foresight to enact and protect those policies.”