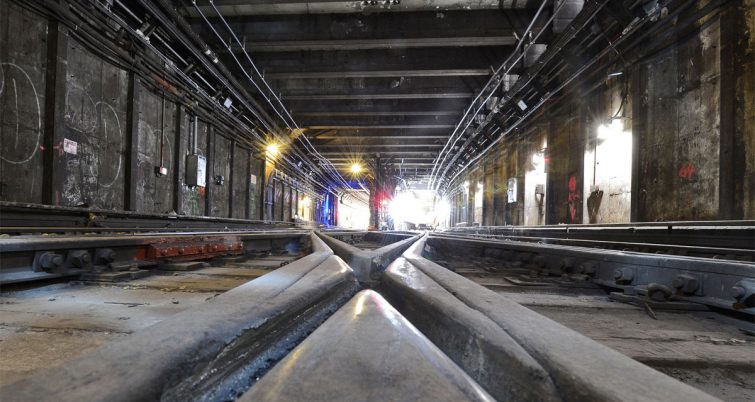 Metropolitan Transportation Authority (MTA) New York City Transit (NYCT) has completed critical repairs and work to rebuild the Clark Street Tube beneath the East River on time and on budget.

Service between Brooklyn and Manhattan has resumed along the tube, which the transportation authority said was badly damaged during Superstorm Sandy.

The project entailed a massive amount of cabling and conduit replacements, major pump room work, improvements to communication and control systems in the tunnel, and track and signal repairs.

The company said sensitive equipment such as pump controls were hardened and raised in height to be protected from potential future storm events, making the entire 23 lines more resilient and reliable.

“More than 145,000 customers take the 23 lines through the Clark Street Tube between Manhattan and Brooklyn each day, yours truly among them,” said MTA Chairman Joseph Lhota.  “This project is critical to the long-term viability of the 23 lines and will help keep the system protected from future catastrophic events. I’m also especially proud that the project came in on time and on budget. Ensuring that we’re keeping to schedule and doing things in an efficient manner is a major priority of mine and this helps reinforce that the MTA can get big things done. I look forward to riding the 23 on weekends again.”

During the project, NYCT personnel installed:

The tube consists of two 1.2-mile tunnels that were built in the early part of the 20th century, the company said.

The Clark Street tube was one of nine New York City Transit subway tubes flooded by salt water and damaged by Superstorm Sandy in 2012. Following the storm surge, MTA said it took six days to pump out more than half a million gallons of corrosive salt water and resume operations.

“We’re working hard to regain the trust of our customers by showing that we can keep our word and get meaningful work done to improve the everyday experience of customers,” said NYCT President Andy Byford. “The resumption of service through the Clark Street Tube is an example of precisely that.  I commend the project team for a job well done. As a result of their tireless efforts, customers on the 23 lines can once again ride seamlessly between Brooklyn and Manhattan on weekends.”

To enable reconstruction work that started last year, MTA rerouted 23 service during weekends to allow crews to repair electrical and communications equipment, pumps, tracks and signals. The weekend work took place for more than a year.

The entire repair and reconstruction project cost $71.6 million and was performed by TC Electric Corp. with support from NYCT personnel.