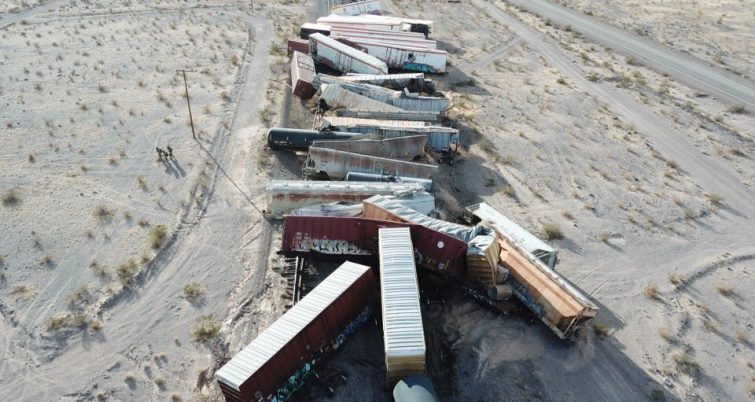 A BNSF train traveling west on Wednesday derailed near Ludlow, Calif., in the Mojave Desert, not far from Interstate Highway 40.

RT&S reached out to BNSF for details, and received the following statement:

“Around 12:20 p.m. Pacific time on Wednesday, March 3, a BNSF train traveling from Kansas City, Kansas, to Barstow, Calif. carrying mixed freight derailed near Ludlow, Calif. Initial reports indicate 44 cars derailed, and one car carrying ethanol alcohol was leaking. There are no injuries. Both main lines are currently open and trains are moving through the area. The cause is under investigation.”