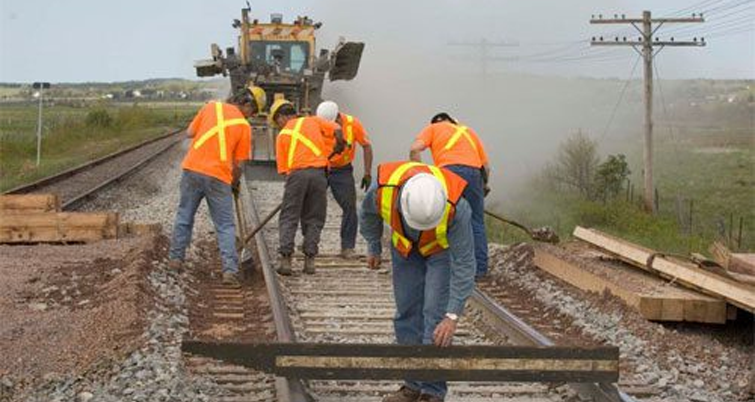 Canadian National plans to install 30 miles of rail, as well as 80,000 crossties across Manitoba in 2018.

CN’s investment is part of an effort to strengthen the company’s rail network throughout the province, including through the expansion of its primary rail yard in Winnipeg.

“We are investing for the long haul,” said Doug Ryhorchuk, vice president of CN’s Western Region. “Our project at Symington Yard in Winnipeg, combined with track investments across the Prairies, and new equipment and more people, will help us deliver superior service to our grain and other customers throughout Manitoba and North America. Additionally, our substantial investments to renew our existing railway infrastructure underscores our commitment to operating safely.”

The investments planned for Manitoba are part of the Class 1’s CA$3.4 billion (US$2.63 billion) capital program for 2018, officials said.

In Winnipeg, CN will add a dozen new and extended tracks within its Symington Yard, the centrepiece of CN’s transcontinental network, improving the efficient handling of rail cars from across Canada and the United States. Other capital program investments will focus on the replacement, upgrade and maintenance of key track infrastructure to improve overall safety and efficiency.

Maintenance program highlights include the replacement of roughly 30 miles of rail and the installation of more than 80,000 new crossties.

Crews are also set to rebuild about 20 grade-crossing surfaces, as well as performing maintenance work on bridges, culverts, signal systems and other track infrastructure.

“Railways are an important part of the Manitoba economy, and play an instrumental role in the future economic growth and prosperity of our province,” said Manitoba Infrastructure Minister Ron Schuler. “Our government welcomes these investments from CN, as they show a strong commitment to our province and the growing rail demand across Manitoba and Canada.”

CN said the railroad is making continuous investments throughout its network. In early 2018, the company announced it would acquire 350 new box cars and purchase 350 new lumber cars to meet growing demands.

In May, the railroad announced plans to acquire 1,000 new generation, high-cube grain hopper cars during the next two years to revamp the company’s aging equipment that is needed to serve increasing annual crop yields.

The railroad had previously announced its capital plans for British Columbia.