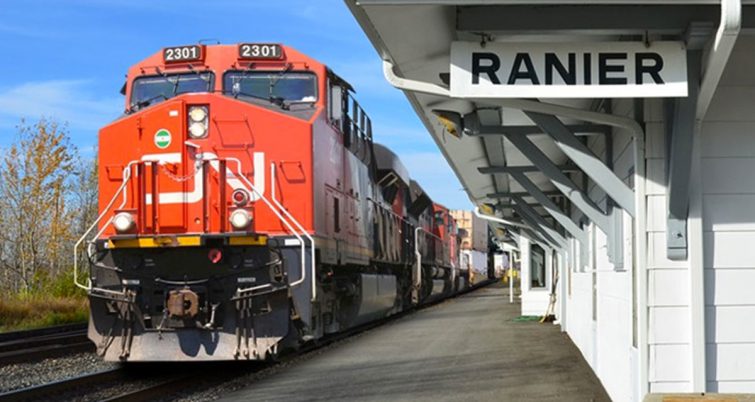 The project’s results include:

“CN continues to invest for the long haul in the infrastructure, equipment, people, and innovation that will help us provide superior service to our customers,” Kubas said. “We are committed to investments that allow us to grow with our customers.”

In November 2011, the railroad led an industry-changing process called Live-Lift at Ranier to ease the process for intermodal trains crossing the Canada-U.S. border, CN noted.

With Live-Lift for single container inspection, CN minimizes train delays while speeding up border crossings for our customers.

Since debuting Live-Lift, CN has continued to evolve its border inspection process at Ranier to further improve the border crossing process for customers.

By partnering with border agencies, CN says the railroad is enabled to expedite the crossing process at each of its border crossing points.

“Providing a fluid, safe and capacity enhanced Canada-U.S. border for our customers is another example of CN’s commitment to helping them all reach farther,” the railroad said.