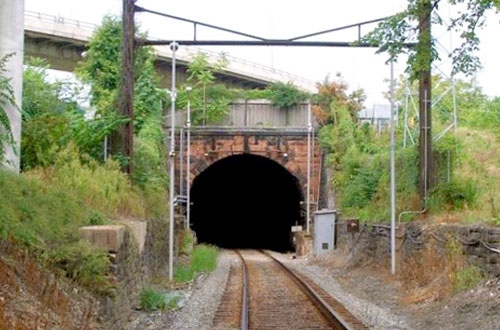 The decision marks the completion of an extensive environmental review of the project conducted jointly with the District of Columbia Department of Transportation, which incorporates three years of input from residents, businesses and government agencies in the southeast Washington, D.C., neighborhood around the tunnel.

The federal government approved a proposal to modernize the 110-year old tunnel, which will improve the flow of freight traffic through the District of Columbia and eliminate a rail-traffic bottleneck that also impacts commuter and passenger trains in the region. The new structure will accommodate trains that can carry enough freight to remove the equivalent of 280 trucks per train from the nation’s highways.

“The Virginia Avenue Tunnel is a critical piece of our national and regional transportation infrastructure,” said Louis Renjel, Jr., vice president of strategic infrastructure initiatives for CSX. “Reconstructing the aging tunnel will eliminate a long-standing rail bottleneck that impacts freight and commuter rail and it will increase the network’s capacity ahead of anticipated growth in freight-rail traffic. Through CSX’s commitment to the community, neighbors will enjoy improved streetscapes, additional green spaces, a new bike trail and other improvements as part of the project.

CSX and its design/build contractor, Clark/Parsons, will now finalize the tunnel design and begin applying for construction permits in compliance with D.C.’s established construction-permitting process. Following the initial permitting process, utility relocations and other preliminary efforts will begin. Major construction is expected to begin in the next several months, following receipt of the required permits.

The CSX Virginia Avenue Tunnel team has voluntarily committed to hire workers and select contractors consistent with the spirit of the District of Columbia’s First Source and Certified Business Enterprise programs.

The Virginia Avenue Tunnel is part of CSX’s National Gateway, an initiative to improve the flow of rail traffic throughout the nation by increasing the use of double-stacked intermodal trains and creating more efficient rail routes that link Mid-Atlantic ports with Midwestern markets for domestic and imported products.