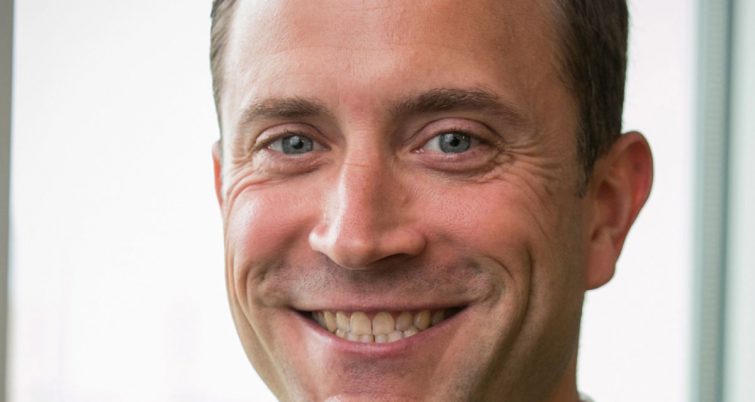 After what the Association of American Railroads (AAR) termed “an exhaustive executive search,” the organization has chosen one of its own—Senior Vice President Government Affairs Ian Jefferies—to succeed President and CEO Ed Hamberger.

Jefferies, 42, described as “a trusted voice on rail and transportation issues [who has] honed the skills and expertise necessary to steer the world’s leading rail policy and research organization during his tenure” at the AAR and as a senior policy advisor on Capitol Hill, will assume the throttle from Hamberger on Jan. 1, 2019. He will continue to lead the organization’s legislative efforts through the end of the year and coordinate with Hamberger “to ensure a smooth transition.”

“For years, we have known that Ian understands both the policy and priorities of the rail industry, and he has been a proven advocate for our issues,” said AAR Board Chair and and Norfolk Southern Chairman, President and CEO Jim Squires. “Ian will extend a legacy of vision, leadership and energy to write an exciting new chapter for the AAR while ensuring that it remains a clear and trusted voice in Washington.”

“I am honored to work for a bedrock industry that delivers every day for the economy, and I appreciate the confidence placed in me to guide the AAR as we work to build an even stronger future for rail,” said Jefferies. “As change accelerates in Washington and the transportation sector, freight railroads are on track to meet tomorrow’s challenges while remaining steadfastly committed to the safety, efficiency and sustainability that define railroading in America. Railroads are charting a bold path forward, and AAR’s dedicated team is armed with the knowledge and insight to help build tomorrow’s railroad today.”

Prior to joining the AAR in 2013, Jefferies worked for more than a decade in government. From 2009 to 2013, he served as a senior policy advisor to former Sen. Jay Rockefeller, Chairman of the U.S. Senate Committee on Commerce, Science and Transportation. In this role, Jefferies provided policy guidance on a host of transportation issues, including railroad economic regulation, rail safety and passenger rail. He also led the successful development, negotiation and reauthorization of major infrastructure legislation, and managed the successful conference of Committee legislation relating to the 2012 surface transportation reauthorization law, MAP 21. He also worked for the U.S. Department of Transportation, Office of the Inspector General and the U.S. Government Accountability Office before working on Capitol Hill. Jefferies began his career in government serving as a Senior Advisor to the Mayor of Lexington, Ky., before transitioning to the federal government.

Jefferies earned a B.S. in Economics from the University of Kentucky and a Master’s of Science in Public Policy from Carnegie Mellon University. He resides in Alexandria, Va., with his wife and three children.

Ed Hamberger will retire after 20 fruitful years at the AAR. He announced his retirement on May 16. He was featured in Railway Age’s July 2018 edition.