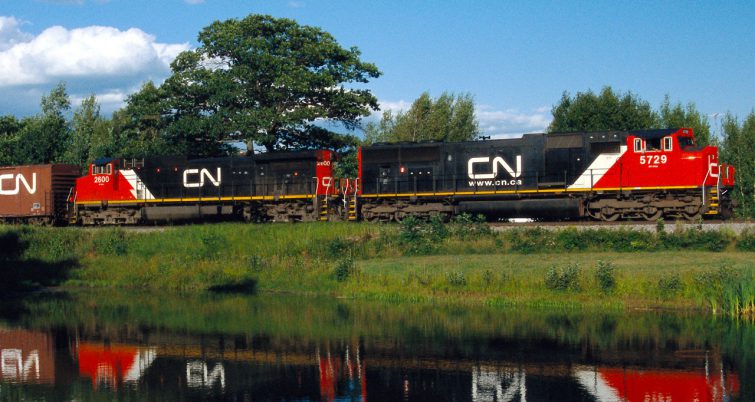 CN says it met its year-end deadline to install positive train control (PTC) equipment across its system. The Class 1 also announced it is seeking a two-year extension “to complete deployment and interoperability.”

In a news release, CN said it had installed all its planned 1,662 radio towers, trained all 5,614 employees required for PTC, installed hardware on all 586 locomotives and on 35 required track segments. In addition, the railroad said it has initiated PTC on 19 of those track segments, or 54 percent.

Railways operating in the U.S. are required by law to install PTC equipment, secure needed radio spectrum, and deploy PTC on more than half of required territory by Dec. 31.

The law allows railroads that meet that deadline to seek an extension of as much as 24 months from the Federal Railroad Administration (FRA) to make PTC fully operational. CN says it applied Nov. 7 for such an extension. That would give the railroad until Dec. 31, 2020, to complete PTC work. CN expects to spend a total of $1.4 billion to install PTC on approximately 3,100 route-miles in the United States.

News of CN’s PTC equipment achievement comes days after the FRA announced $46 million in grants for PTC projects in 10 states.