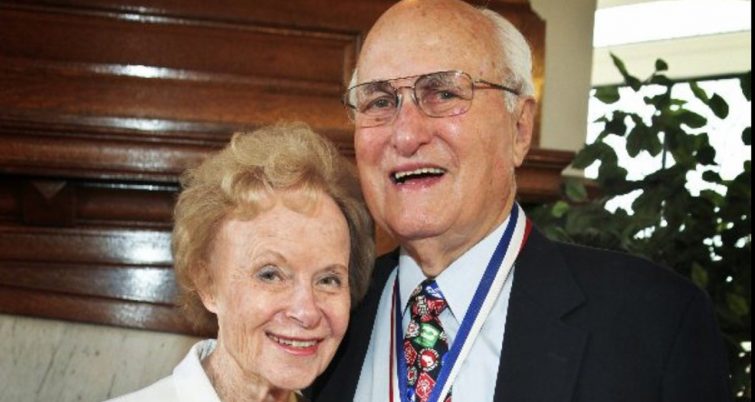 Barriger was a career railroader, beginning with the Atchison, Topeka & Santa Fe, where he spent 36 years. He worked his way through the operating ranks, to Vice President and Assistant to the President. He later served as a Vice President of the Chicago, Missouri & Western Railroad. After his retirement from the carriers, Barriger stayed active as a consultant, serving R. L. Banks & Associates, as well as becoming a Senior Advisor to PTSI Transportation.

The majority of Barriger’s post-retirement years were spent working on the John W. Barriger III National Railroad Library, which he co-founded with his brother, Stanley H. Barriger (who also spent his career in the rail industry), in 1984. The Library is part of the St. Louis Mercantile Library at the University of Missouri – St. Louis. John Barriger III, Jack’s father, (who died in 1976 and had served as an industry thought leader, executive and president of several roads) traveled throughout the nation photographing and documenting railroads. The Library houses his photographs, along with his collection of more than 15,000 books on railroads. John Barriger III was the author of the noted book, published by Simmons-Boardman, Super-Railroads for a Dynamic American Economy, which was his prescription for a healthy U.S. rail industry.

“At PTSI, Jack was one of the ‘fathers’ of the Route Learning System™, our premier physical characteristics training product, even narrating the first program, for the Belt Railway Company of Chicago,” recalls PTSI Managing Director Michael R. Weinman. “Jack shared the title of ‘father’ with the late Deane R. Folsom, who he met in 1971, along with me, when he was heading the sale of the Santa Fe passenger fleet to the nascent Amtrak. Jack’s father had a remarkable career as President of several railroads and head of several railroad agencies, and amassed a collection of literature and photographs second to none that form the core of the Library. Many important additions and the careful stewardship of its board, which Jack chaired, have made it possibly the most comprehensive railroad library on the continent.”

Barriger, a 1949 Civil Engineering graduate of MIT and 1950 graduate of the Kent Healy graduate program in Transportation Economics at Yale, was an avid sailor, skier, rock climber, runner and golfer, a member of and speaker at The Lexington Group in Transportation History. He served two terms as Trustee for the Village of Kenilworth, and was a Trustee of Landmarks Illinois for 20 years, chairing its committee to save the Reliance Building in Chicago’s Loop. Barriger also served on the board of the Hegeler Carus Foundation, publisher of the children’s magazine Highlights, among other titles, in LaSalle, Ill. He traveled extensively in Europe and Asia, observing railway operations in several nations.

Jack is survived by a son, John Barriger V of Kenilworth, Ill., a daughter, Catherine (Adam) Dunsby of Easton, Conn., and seven grandchildren: John VI, David and Elizabeth Barriger and Caroline, John, Claire and Thomas Dunsby, as well as two sisters-in-law and many nieces and nephews and their families. His wife of 58 years, Evelyn (Evie) Dobson Barriger, predeceased him in 2014, as well as all three of his younger siblings: Elizabeth Barriger, Ann Barriger Salyard (Robert), and Stanley Barriger (Cindy).