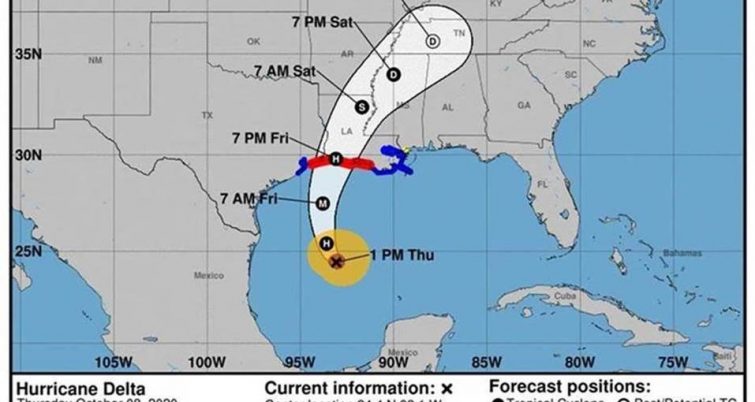 According to the New York Times, Louisiana has been hit by six major storms since June 2020, and the cleanup from Hurricane Laura, which hit the state in August, is still not complete. Delta is number seven. The hurricane turned slightly northwest yesterday. While much of the state will be hammered when the hurricane makes landfall, either this afternoon or evening, it appears that New Orleans will not bear the brunt of the storm.

Norfolk Southern issued an updated Service Alert yesterday, which is reproduced below:

“The New Orleans Flood Protection Authority did not close the floodgates in and around New Orleans today, Oct. 8, as projected landfall shifted further west.

· “Interline movements: Interchanges in New Orleans remain open at this time. Shipments traveling through New Orleans could still be impacted as the storm comes ashore west of New Orleans.
· Local traffic: Precautionary actions were taken to protect infrastructure, and rail equipment was repositioned away from low-lying areas around New Orleans. NS is working with customers located in the forecasted region to identify switching needs and starting to return local NS traffic to the area. Shipments destined to New Orleans will be impacted for approximately 48 hours.

“Ongoing updates will be provided as this storm system progresses.“