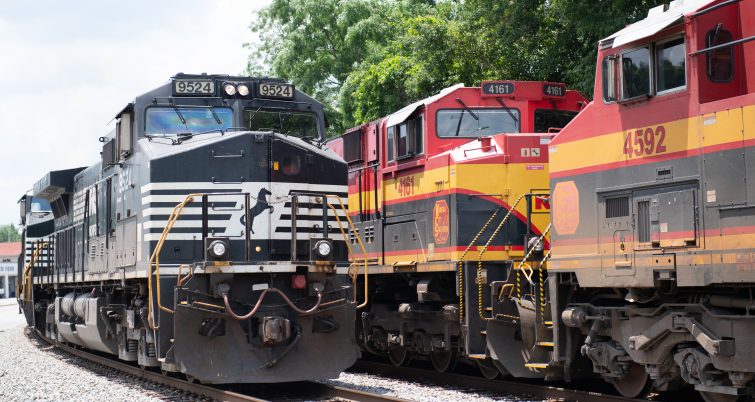 Freightwaves is reporting that the Federal Railroad Administration’s Q2 PTC progress report released Monday said that 23.3 percent of the nation’s domestic railroad operations have achieved interoperability.  Interoperability was at 16 percent at the end of Q1.

Interoperability is achieved when one railroad’s PTC-equipped locomotives can operate over and communicate with the PTC system of another railroad.  For example, if Railroad A is interoperable with Railroad B, then the locomotives of both railroads can operate on either railroad and communicate with both road’s PTC system components.  If Railroad B’s trains are operating on Railroad A, then Railroad A is considered the host road and Railroad B is the tenant railroad.

Prior to the implementation of PTC, locomotives from one railroad operated on another railroad with ease, allowing run-through locomotives and trains, providing faster service than regular loose-car interchange.  Now that PTC is in place, this fluid movement will be maintained only if the systems are interoperable.

The road to PTC implementation has been a long and challenging one, and achieving interoperability among all rail lines required to have PTC is the last major milestone of the project.  Although only 23.3 percent of the U.S. rail system is interoperable with PTC as of the end of Q2, the railroads have a little over 15 months to meet the federally-mandated deadline of December 31, 2020.  Most experts believe it will be tight, but this deadline will be met.

Norfolk Southern wants $3.5 million for abandoned rail line, but city of Dayton believes the value is much lower