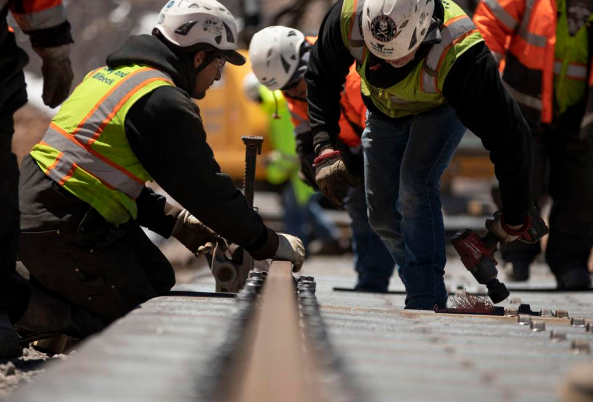 Since before the worldwide pandemic hit, rail employment levels had been shrinking for many months. Declining traffic volume, especially reductions in coal movements, were considered the key culprits. Now, add the horrific impact COVID-19 has had on business conditions and employment since the beginning of 2020, and the situation is even worse.

According to a report in FreightWaves, the April 2020 employment data for Class 1 roads, just released by the Surface Transportation Board, was 124,430 people, lower than the January 2020 low of 128,311, which is a drop of near 4,000 employees in four months.

As might be expected, the front line workers in the industry, namely those in train and engine service, are usually the first ones impacted by a drop in demand, as they are the ones delivering the goods, running the trains, and doing mechanical work on the cars and locomotives. If the demand for rail movement drops, the amount of work available for these people diminishes quickly.

From another perspective, with the release of the April numbers, Class 1 employment for all employees, as well as those in train and engine service, hit their lowest number since January 2012, according to the Surface Transportation Board.