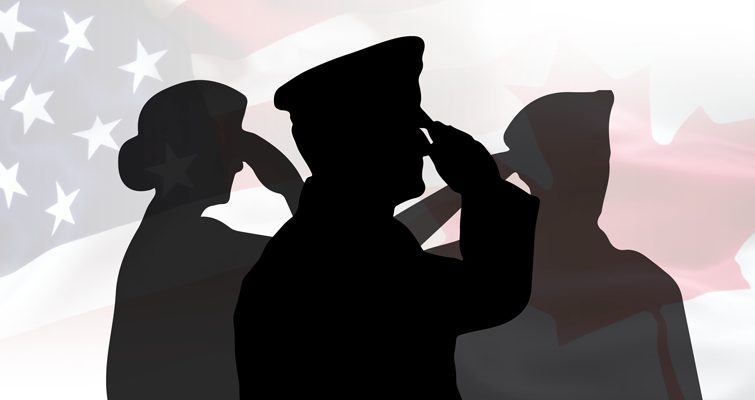 Today is Veterans Day in the U.S. and Remembrance Day in Canada.
Canadian National

RT&S ran this story one week ago today, which was Veterans Day in the U.S. and Remembrance Day in Canada. Since then, we’ve learned that the American Short Line and Regional Railroad Association (ASLRRA) has a robust Veterans Engagement Awards program that we’d like to highlight. Here is some material about the program from the ASLRRA website:

“The 2019/20 award nominations featured a number of exceptional companies and programs designed to recognize and support veterans in the workplace as well as the community. Top scores were awarded to the Terminal Railroad Association of St. Louis (TRRA), whose focused and sustained efforts to recruit veterans from the surrounding area have resulted in veterans representing more than 18% of the company’s total workforce, nearly triple the 6.4% average of veterans in the states of Illinois / Missouri and significantly higher than the overall percentage of veterans employed in the transportation industry, which stands at 11.1% nationwide. In their nomination, the TRRA stated that they “have found that veterans are consistently among our most reliable and highest performing employees” and their efforts clearly demonstrate their commitment to recruiting veterans in the workforce.

“And the TRRA’s work to engage and support veterans extends beyond their employees and well into the community where the railroad is also heavily involved with the US Army 757th Expeditionary Railway Center that is located in close proximity to their rail yard. They collaborate on annual training efforts that provides the military with a glimpse into operations on the civilian side of the railroad industry; they enlist veteran Maintenance of Way employees to assist in training military railroad inspectors for FRA Track Safety Standards compliance; they have implemented company policies to ensure compensation to veterans during deployments; and they actively participate and host discussions with military officials through the St. Louis Railroad Club.

“The Terminal Railroad Association of St. Louis is a shining example of an industry company who consistently works to recruit, engage, and support veterans in the workplace and in the community and the ASLRRA is pleased and proud to recognize them for their outstanding work by presenting them with the association’s 2020 Veterans Engagement Award.

“Click here to read more about the important programs and activities of railroad industry employers who prioritize hiring, engaging and supporting veterans in the workplace and in the community.” Ed. Note: The link in this paragraph takes you to a robust section of the ASLRRA website that profiles individual veterans working in the short line and regional railroad industry, along with profiles of several companies who have special employment programs and opportunities for veterans.

While this is not a typical story for RT&S News, today is Veterans Day in the U.S. and Remembrance Day in Canada, when the two countries honor the service of military veterans. Many veterans now work in the railroad industry. From the time when the fledgling U.S. was fighting for independence from the British, those in military service have risked, and often given, all in defending the United States. While some of the conflicts were controversial, the military personnel involved were following orders and doing their duty.

What follows is an assortment of material from the Association of American Railroads, Canadian Pacific, Canadian National, and a link to an article I wrote for Railway Age (Nov. 2019, pp. 24-27) last year about opportunities for veterans in the railroad industry.

The Association of American Railroads: transforming veterans to railroaders

Railroads have been a vital partner in U.S. military operations for nearly 200 years. They have transported troops and supplies, hauled the raw materials needed for weapons and planes and actively hire veterans.

During the Civil War (1861-1865) — often called the ‘first railroad war’ — railroads became the vital new technology for both Union and Confederate forces. They moved unprecedented numbers of troops and supplies while introducing ironclad railcars — capable of carrying big guns and artillery — that later evolved into modern armored combat vehicles.

The skills developed and valued in the military — a sense of dedication, discipline, teamwork and adherence to safety — are the same skills that keep the backbone of the nation’s economy efficiently running. Veterans are particularly well-suited for railroad careers, have diverse skills and can adapt to changing conditions.

Railroads, unlike many other private industries, understand the technical aspects and demands of an armed forces job. That’s why they work with the military to help talented service men and women transition from military service to private sector railroad employment.

The ESGR has recognized America’s Class I railroads for their long-standing commitment to support and hire guardsmen/women and reservists. The AAR signed an official Statement of Support for the Guard and Reserve on behalf of the association and freight rail industry. The AAR also has pledged to continue extending competitive wage and benefits packages to veterans and service members.

Canadian Pacific (CP) will pay tribute to all veterans who courageously answer the call of duty, and to the more than 33,000 CP employees who served in the last century’s wars and conflicts, at its annual Remembrance and Veterans Day ceremony on Nov. 11, 2020.

This year, CP will live stream a private ceremony in place of a public gathering to respect COVID-19 protocols, as set forth by Alberta Health Services. CP invites viewers to watch the ceremony virtually commencing at 10:45 MT.

The ceremony continues the company’s annual tradition of honouring veterans at CP’s Memorial Square, built to commemorate the 100th anniversary of the start of the First World War.  Though the ceremony is pared down, many important elements will still be incorporated, including the CP locomotive whistle sounding at 11:01 a.m. local time, and across the network where safe to do so, to start a moment of silence. Flags on CP property in Canada will be lowered to half-mast in honour of their service.

CP moves Canadian Forces’ equipment and is one of Canada’s most supportive employers of primary Reserve Force personnel. In the United States, CP is a proud partner of the US Army PaYS program, which recruits soldiers interested in obtaining a quality civilian job following service to their country. CP received the 2020 Gold Military Friendly designation for the second year in a row, in support of its Veteran Management Trainee program. To learn more about the program, click here.

Each November 11, CN takes the opportunity to honour and appreciate the sacrifices and selflessness of the men and women who served in the Canadian and American militaries. At CN, we feel fortunate to have many active and veteran service members who are part of our team. These employees have made significant contributions to their countries and we are extremely proud to have them as part of the CN family.

Every year on this day, CN railroaders in our yards, shops and offices pause for a moment of silence, while train crews moving on our main line ring their engine bell, in honour of our co-workers, customers, partners and community members who are military veterans.

Here are some of the ways CN is thanking veterans in Canada and the U.S. this year:

In the November 2019 issue of Railway Age, pp. 24-27, I wrote an article profiling several military veterans in the United States and Canada who presently work for the railroad. The purpose of the article is to profile veterans who work in the industry and honor them for their service, along with a discussion around how railroading can be a great career for veterans who are now retired from military service. You may link to the article here. 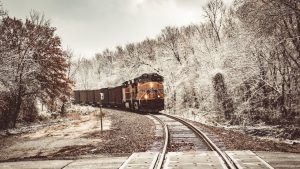 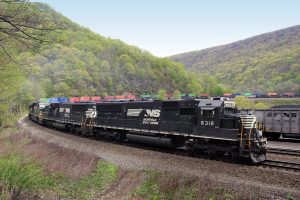