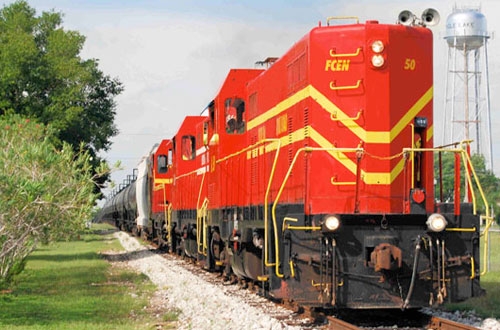 The Federal Railroad Administration (FRA) has obligated a $2.2-million grant for the city of Tavares, Fla., to help with upgrades along a 57-mile stretch of Florida Central Railroad (FCEN) track between Orlando and Umatilla.

The funding from the FRA’s Rail Line Relocation program is part of an $18.4-million undertaking that will include improvements to tracks, ties, bridges and grade crossings. The railroad currently is only able to operate at 10 mph, but the improvements will allow it to travel at up to 25 mph.

“Investing in freight rail means moving the economy better and faster,” said Federal Railroad Administrator Joseph Szabo. “This will not only stimulate the local economy because of better transportation options, it will help reduce congestion on local roads as goods are shipped on cost-effective rail.”

The project is a joint effort between FCEN; the Lake-Sumter Metropolitan Planning Organization; Metroplan Orlando; the Florida Department of Transportation; the cities of Tavares, Eustis, Umatilla, Mount Dora, Apopka, Winter Garden, Ocoee and Orlando and Orange and Lake counties. Together, they are funding the $16.2-million non-federal share of the project cost.

Construction is expected to begin in July 2013.