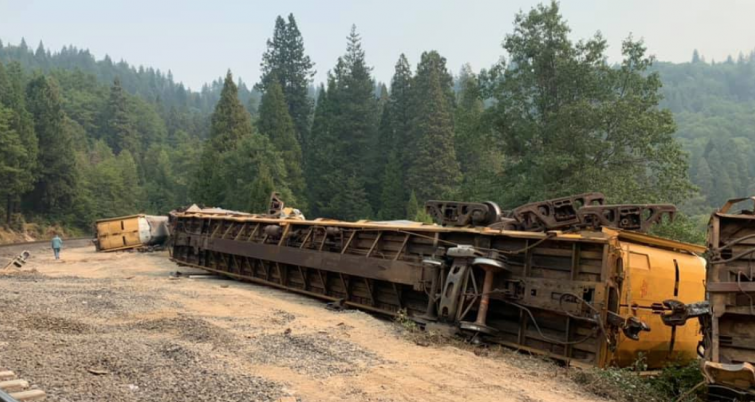 A recent derailment over the Sacramento River in California did not cause any damage.

Officials are trying to figure out how a Union Pacific train derailed in Siskiyou County, Calif., at the same site of one of the worst ecological disasters in state history.

The derailment 30 years ago resulted in a chemical spill that destroyed miles of the Sacramento River. The most recent accident did not cause any chemical leaks and no one was hurt.

A total of 18 cars left the rails and 11 were on their sides. Two tanker cars were involved in the accident but they were empty. The Siskiyou County Office of Emergency Services confirmed there were no punctures in the tanks and nothing entered the river. Later, the California Department of Fish and Wildlife’s Office of Spill Prevention and Response also confirmed the river was clean.

Back on July 14, 1991, a Southern Pacific train derailed on a hairpin curve crossing the upper Sacramento River. A tanker fell into the river and leaked 19,500 gal of herbicide that turned the water green and killed all water life for more than 40 miles downstream to Lake Shasta.

Residents and railway workers at the scene said they suffered from respiratory and other health issues from inhaling the fumes.