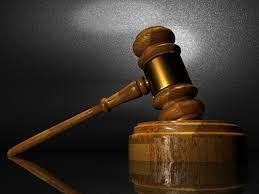 Freightwaves is reporting that the driver of a tractor-trailer truck is suing BNSF for more than $75,000 after being hit on the passenger side by a pair of “uncontrolled” rolling boxcars at what the driver said was an “unmarked railroad-highway grade crossing” near Greenfield, MO.  The court filing took place on October 3, and the accident occurred on April 5, 2018.

The driver, Brandan Bunnel, with Bunnel Trucking LLC of Colony, Kansas, says that he is suffering from “serious and life-altering injuries” after the accident.  He was leaving a grain elevator at the time of the accident, just after he unloaded his cargo.

Key points in the lawsuit:  the crossing was unmarked, it was dark and the area did not have street lights, BNSF owns, operates and maintains the crossing, BNSF employees “either failed to properly set the brakes or the brakes failed, causing the cars to become loose and uncontrolled,” then they came “barreling down the tracks in a northbound direction.”