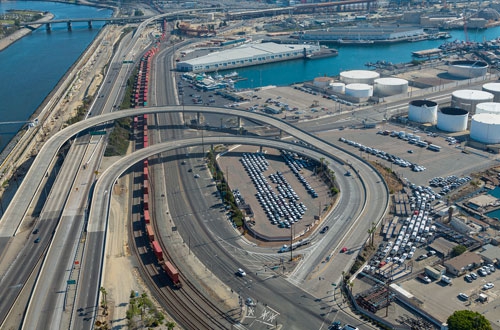 The Port of Long Beach (POLB) released a draft environmental study on its proposal to reconfigure and expand the Pier B on-dock rail facility.

POLB says the proposed Pier B On-Dock Rail Support Facility would allow for longer trains within the Harbor district to be assembled and shift more cargo to on-dock rail, moving cargo faster, while making operations more sustainable. The port says the project is critical to reach its Green Port goals, which includes a long-term objective to move 50 percent of all inbound cargo leaving the port by rail.

“The proposed development would enhance the efficiency of goods movement at the Port of Long Beach,” said Interim Chief Executive Duane Kenagy. “This project is vital to our efforts to modernize the Port and continue to lead the way in environmental sustainability.”

The existing Pier B rail facility serves as a storage and staging area for trains and POLB says it is a critical juncture in its rail network. The facility is primarily used by Pacific Harbor Line (PHL), which provides rail dispatching and switching services. PHL has been recognized as America’s “greenest” railroad for converting its fleet to clean diesel locomotives that dramatically reduce pollution and save fuel.

The proposed project will allow trains up to 10,000 feet long to be loaded and unloaded at on-dock rail facilities at marine terminals to streamline rail operations, remove bottlenecks and reduce the need for local truck trips. 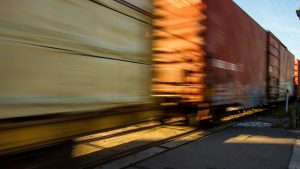 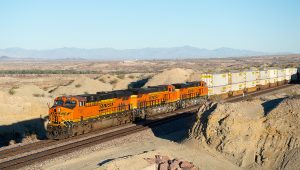