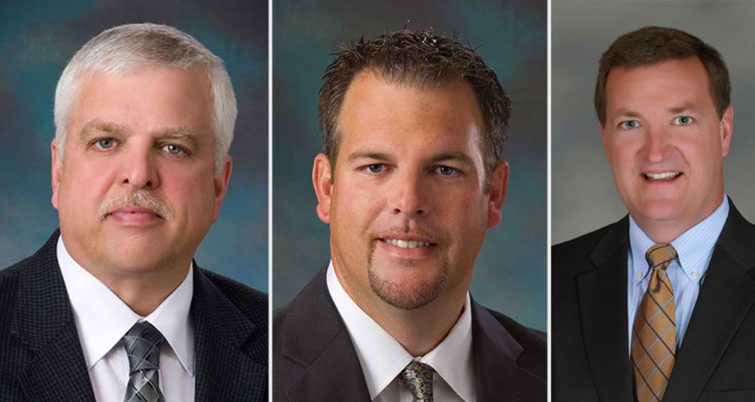 Rick Webb, CEO, will take on the role of executive chairman at Watco while Dan Smith, Watco’s current executive vice president and chief operating officer, will succeed Webb as CEO.

The transition will take place throughout the month of July and be finalized on July 31, the company said. Rick Baden will continue serving in his role as president and CFO.

Webb will continue to assist Smith and Baden, as well as all other Watco leaders, in the development of the company as it serves customers, officials said.

“It’s been a tremendous honor to serve as CEO of Watco over the last two decades and I am very excited for this upcoming chapter,” Webb said. “Watco has experienced phenomenal growth and success for 35 years because we have always strived to put the right people in the right spots to improve service to our customers. Because of that focus, I believe it’s the right time to make the changes in leadership to better position the Watco team for future success.”

Webb said Smith has been a key champion of the company’s culture and has been extremely effective in leading its teams to success.

“He has an incredible ability to engage, coach, inspire, and connect with our Watco team members, customers and partners,” Webb added. “I am confident that Dan’s vision and ability to help the Watco team execute will lead to even more success for Watco.”

Smith joined Watco in 2009 and has since held multiple leadership positions with the company. He has most recently served as chief operating officer, a post he has held since 2014.

The transportation division also expanded its rail service area to the Eastern U.S. with the addition of the Blue Ridge Southern in North Carolina and the Kanawha River in West Virginia and Ohio, as well as the Jacksonville Terminal Railroad in Florida.

“I am honored to be a part of the Watco Team and I am excited to continue our focus on improving every day,” Smith said. “We have the best team in the industry, and with these changes, I do not expect anything less than a commitment from all of us to outperform yesterday. It will be business as usual across Watco thanks to the thousands of men and women who work so hard every day to make us successful. We will always remember that the real people who are in charge of Watco’s future are the Watco team members in the field who serve our thousands of customers each day.”

Baden joined the company in December of 2004 as executive vice president and CFO. He was named COO and then took on the role of president in 2014 in January of 2011.

Baden was also instrumental in starting Watco’s Terminal and Port Services Division, expanding operations to Australia, building a second to none Support Services Team, as well as many other key improvements, the company said.

“This succession plan will give our Team a great platform on which to grow and it will allow us to continue to develop our unique Watco culture,” Baden said. “I’m proud to be a part of a Leadership Team that has the vision for mentoring and developing new leaders. When I joined Watco, from one of its Customers I knew the focus put on Customer Service, but I never imagined all the success that could come when you build a great Team that serves great Customers every day. It has been a great ride, but I believe the best is yet to come.”