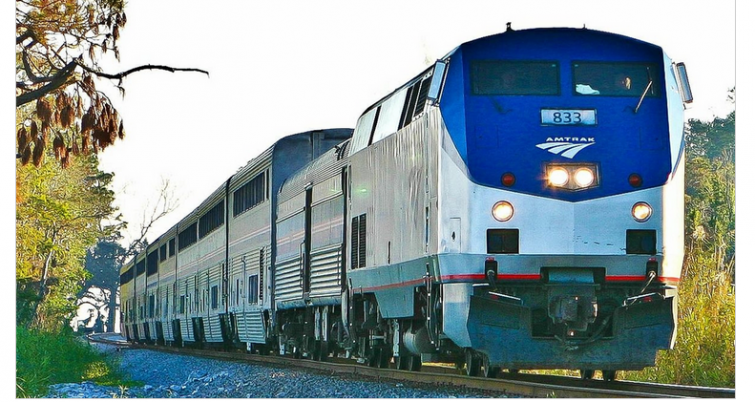 The Amtrak accident in Kansas on June 27 was the second that involved fatalities in less than a year.
Amtrak

Taking care of overgrown vegetation might have helped the driver of a dump truck safely cross railroad tracks in Chariton County, Mo.

However, the visual obstacle appears to be just one of several issues at the crossing, which was the site of a deadly accident on June 27.

The pickup truck never made it across, as it was hit by an Amtrak train and demolished. The impact caused the train, which was traveling from Los Angeles to Chicago, to derail. The driver of the truck and two train passengers were killed, and several others were injured.

Local farmers who have had to deal with the hazardous crossing daily predicted something bad would happen. In fact, just two weeks ago Mike Spencer posted a video of a train moving down the tracks on Porche Prairie Avenue. Spencer is heard on the video saying that he and other farmers have notified the railroad to fix the problems at the crossing. A steep approach leading up to the tracks, brush that has not been cut back in months, and the lack of signals and signal lights are all hazards at the crossing. Spencer said the railroad never even offered to cut brush back to help farmers moving equipment over the tracks.

The Missouri Department of Transportation has been working to improve dangerous rail crossings for the past five years. About 20 have been taken care of, and the crossing in Chariton County was on the list of crossings that would receive attention.

Spencer said the approach leading up to the railroad tracks is about 9 ft, and another farmer said the dump truck stalled when it reached the top of it.

The NTSB and the Federal Railroad Administration are at the site in Kansas trying to determine the cause of the accident.