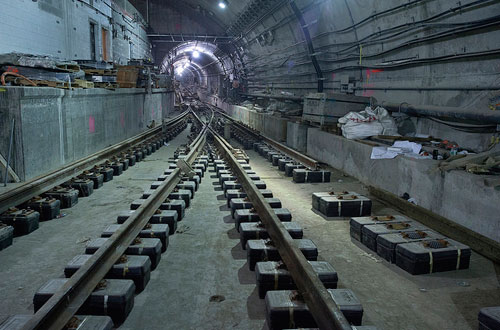 In addition to whatever changes take place at MTA Capital Construction, the 10-point plan also calls for some fundamental changes in how construction projects are managed by the MTA and what sort of work will take place. In particular, the de Blasio/Cuomo plan:

At present, much of the plan is unclear. For example, the engineering deans don’t claim to have expertise in signaling. So it seems a stretch to task them with making choices related to CBTC. Nor does it seem to make sense to compare CBTC, a method of train control, with UWB, a method of sending communications. The plan would also seem to take away New York City Transit President Andy Byford’s ability to manage engineering, contracting and construction. In addition, the funding mechanisms envisioned in the plan, including congestion pricing for motor vehicle tolls and a tax on legalized marijuana, would require approval from legislators.

The mayor and governor announced their plan just hours after MTA board members blasted contractors Bombardier and Siemens for problems with scanner antennas installed on Long Island Rail Road and Metro-North trains as part of the move to positive train control (PTC.)

For more on the plan, read the coverage in our sister publication Railway Age.