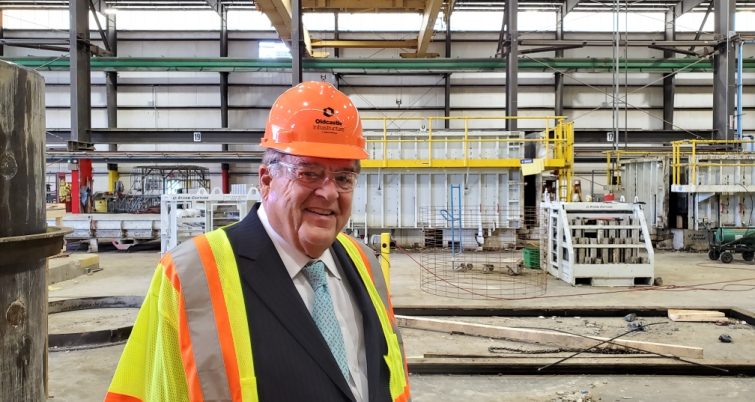 Congressman Dutch Ruppersberger was first elected to the House of Representatives in 2002 and currently serves on the powerful House Appropriations Committee, which is responsible for allocating hundreds of billions of federal dollars each year. 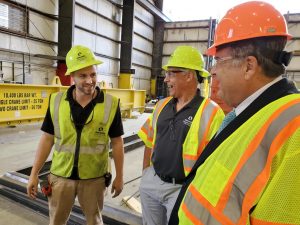 Oldcastle Infrastructure is one of North America’s largest manufacturers of utility products and construction accessories for the transportation, telecommunications, energy, building structures and water markets. They manufacture premium precast concrete crossing systems and track support systems that are used for heavy load conditions such as ports and intermodal facilities as well as applications on highway and industry crossings. Their rail crossings are maintenance free and engineered for freight, commuter, and light rail applications. Oldcastle Infrastructure has more than 60 locations nationwide and nearly 40 employees at their facility in Edgewood, Maryland. 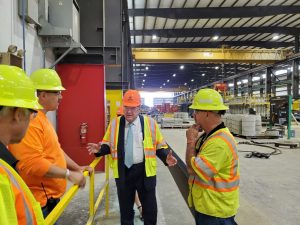 “I visit Second District employers like Oldcastle Infrastructure as often as I can to learn how federal policy can better help them boost their bottom lines,” Congressman Ruppersberger said. “Companies like Oldcastle demonstrate that investing in infrastructure – especially freight movement – is the best way to keep people and products on the move, create jobs and strengthen our economy. That’s why supporting bills like the bipartisan BRACE Act – which would make the current short line tax credit permanent – is a no-brainer.”

Congressman Ruppersberger has served in public office for more than 34 years. He was elected to the Baltimore County Council in 1985 and again in 1989, chosen twice as council chairman. He was elected Baltimore County Executive in 1994 and 1998, and, under his leadership, the county was named one of the nation’s four best-managed counties by Governing Magazine. Maryland’s Second District includes parts of Baltimore City as well as Baltimore, Anne Arundel, Harford and Howard Counties. It is a vital center of trade and commerce for the state and national economy and includes the Port of Baltimore and the hundreds of businesses and manufacturing concerns dependent on it. 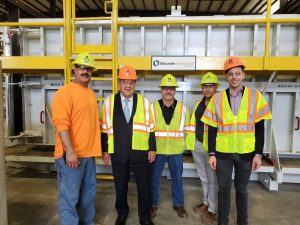 Attendees thanked Congressman Ruppersberger for being a cosponsor of H.R.510, the Building Rail Access for Customers and the Economy (BRACE) Act. The BRACE Act would make the short line tax credit permanent and allow the nation’s small, local freight railroads to increase investment into their rail infrastructure and better serve their customers throughout rural and small-town America. The tax credit has helped small railroads invest more than $4 billion in capital infrastructure improvements since it was enacted in 2005.

“The short line railroad tax credit allows short lines to invest more of their own capital in rail improvements and maintenance to provide ever-safer and more robust service capabilities for their customers,” said Chuck Baker, President of the American Short Line and Regional Railroad Association (ASLRRA). “ASLRRA thanks Congressman Ruppersberger for his strong support on this important issue.”

In Maryland, 11 freight railroads operate and maintain over 770 miles of track, employing more than 1,100 people.