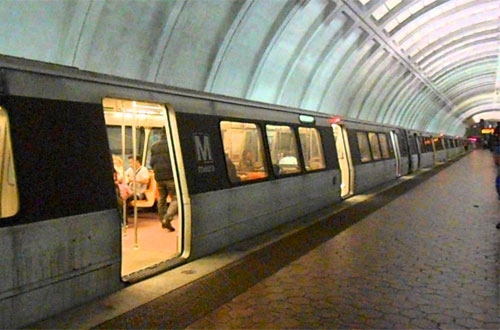 “[We’re experiencing] the longest, most severe period of supressed ridership for any of the nation’s public transit systems” is how the New York Times characterized the situation facing U.S. public transit in a front-page story in today’s edition.

In April of this year, after it appeared that the number of COVID deaths and cases were dropping a bit in some regions of the country, the nation’s transit ridership grew from 19 percent of pre-pandemic levels to about 40 percent. However, with the tremendous surge of cases during the past couple of months, ridership has dropped quickly – as a percentage of pre-pandemic ridership, some current levels are: New York at 30; Washington, D.C. at 15; Boston at 20; and San Francisco at 15.

Nearly every agency has made service cuts in reaction to declining ridership, and is saying that if the situation does not improve, even more severe cuts will be needed. For example, while Atlanta’s heavy rail system operates from 5:00 a.m. to 1:00 a.m. and rail service remains fairly robust, it has dropped 70 of its 110 bus routes. According to the Times, New York transit leadership says that they may have to reduce commuter rail service by half, and eliminate 40 percent of its subway service. Washington, D.C. says it may have to shut down weekend and night Metro service, along with closing 19 of its 91 rail stations. Boston says it may have to eliminate weekend commuter rail service and shut down their ferry system.

Of course, the greatest challenge for American transit is the course and outcome of the COVID-19 battle. While the U.S. and the world are pinning a lot of hope on the vaccines coming to market, whether any will provide long-term relief that will enable societies to return to normal is unknown. Will the vaccines be as effective as they appeared to be in clinical trials? How long will the vaccination last? Will it be long-term, like the polio vaccine or will annual vaccines be required? Will multiple vaccines per year be required? No one knows the answer to these questions, which keeps transit agencies, as well as the world, in a wrenching state of uncertainty.

The strength of the U.S. and world economies hangs in the balance, as well. Public transportation is a major driver of economic health, as many people can’t afford a car or, in cities as large as New York, a car is not a very practical way to get around in a congested city. If transit is not running, many people won’t be able to get to their jobs, which will further hammer the our economy.

While many people abide by the COVID-19 safety protocols (such as wearing a mask), many do not, which takes a huge bite out of the effectiveness of these safety measures. And, even though many organizations have rules like “no mask—no service,” these are often difficult to enforce, particularly on public transit. One of the places where this type of rule is most effective seems to be on commercial airlines, i.e., “no mask—no fly.”

More information is available at nytimes.com.