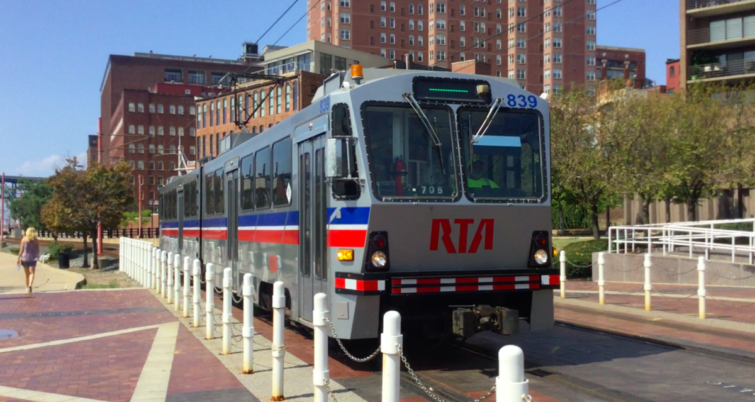 Cleveland Waterfront Line will remain closed for another year.
en.wikipedia.org

Work on this bridge will require Browns fans to find another route to the game.

The Greater Cleveland Regional Transit Authority (GCRTA) announced that the service suspension on the Waterfront Line, which has been in effect for about a year, will remain for one more year, according to WKYC, the NBC affiliate in Cleveland.

The continued suspension is because of worry over the stability of the bridge and whether it is safe for use. Although RTA has installed four support towers to temporarily stabilize the bridge, it remains closed.

RTA has completed the design phase of retaining walls and repairs to the bridge, and bids for the work will be made shortly.

Not only will RTA be unable to deliver Browns fans to the games on its line, the agency says it won’t be able to offer alternative service, either. The goal, the agency says, is to have to work done by next year so service to Browns games can resume.

“RTA apologizes for any inconvenience this closure may cause. However, the safety of our riders, staff and the public remain our top priority,” the company wrote in a release on Tuesday.