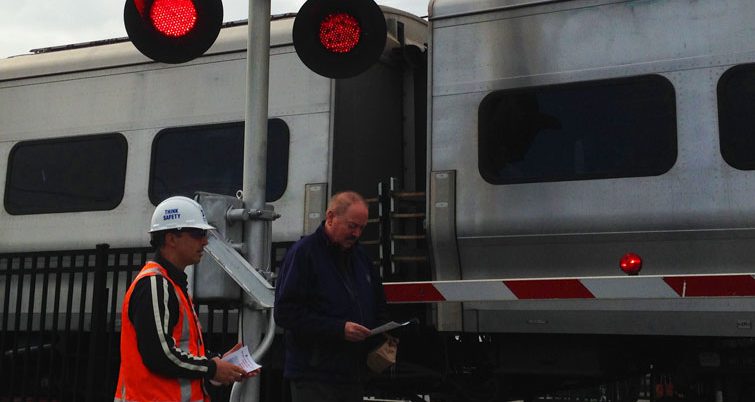 The railroad said its engineers have installed safety enhancements at all 296 crossings system-wide.

In May, LIRR President Phillip Eng announced an accelerated plan to install flexible, four-foot-tall reflective delineators as well as extended roadway markings and additional reflective devices to better alert drivers that they should not make a turn onto the tracks.

At the time, Eng announced that the initiative was scheduled to be complete at all 296 grade crossings throughout the LIRR system by the end of 2018.

During the past three months, LIRR crews worked to implement the safety initiative and successfully installed the safety enhancements at the last crossing on July 28, 2018.

“Keeping our customers and our employees safe is at the forefront of our minds in everything that we do at the Long Island Rail Road. We are consistently implementing innovative approaches — both high-tech and low-tech — to enhance safety, including when it comes to those locations where motorists may encounter our railroad crossings,” Eng said. “I am pleased to say that it appears that these efforts are paying off, and I want to thank the hardworking LIRR staff who ensured this was done quickly and efficiently.”

The LIRR also announced in June that it began a partnership with the GPS navigation app Waze, with a new feature set to debut on the app that alerts motorists that they are approaching an LIRR crossing.

The delineator project and Waze program were developed as the LIRR began to see vehicles on tracks as a growing problem as distracted or confused motorists inadvertently turn onto tracks instead of parallel roadways, MTA said.

Since the accelerated effort started in May, the LIRR said it has recorded three incidents of vehicles-on-tracks. In the first two, there were no delineators installed at those locations.

In the third incident, a motorist at Tuckahoe Road Crossing in Southampton experienced a medical emergency, which inadvertently caused the car to enter the railroad’s right-of-way.