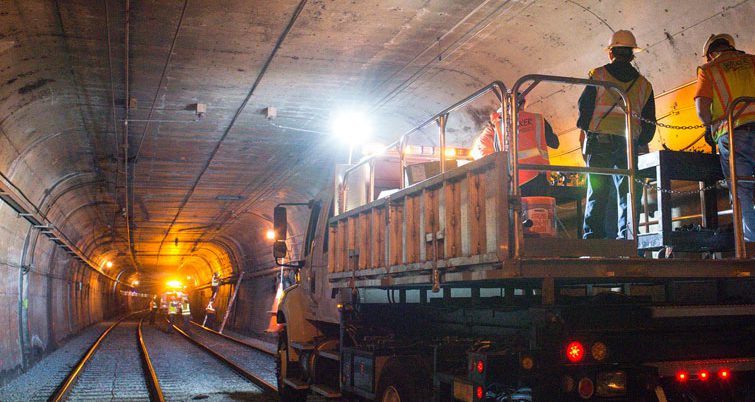 Following two months of construction, the 100-year-old Twin Peaks Tunnel project reopened on schedule, with crews finalizing the last round of tests and resuming service through the tunnel on Aug. 25, a Saturday morning. The Nx was set to return service on Aug. 27.

“We are very thankful to our Muni riders, construction crews, neighbors, operators and SFMTA staff,” said Ed Reiskin, director of Transportation. “Your patience and dedication to this project mean we all have new tracks and a safer, more reliable, Twin Peaks Tunnel for everyone to enjoy.”

As part of the project, the SFMTA said the tunnel’s infrastructure including the tracks, walls and drainage systems were updated to meet the demands of the Muni system. With new tracks, the tunnel’s previous speed restriction is set to be lifted and will keep trains running reliably through the system. Seismic reinforcements and fire safety enhancements were also implemented to further protect the tunnel’s structure and stability.

Officials said four new track crossovers were installed in the tunnel in order to allow trains to switch from one track to the other during delays and to help improve overall train operations by making the system more flexible.

With the return of service, SFMTA said two-car trains would permanently continue to run the entire length of the K/T line. The addition of more train cars is also intended to cut down on crowding and provide more room for passengers.

Later this fall, officials said two more planned weekend overnight closures will take place to West Portal, Forest Hill, Castro and Church stations. The closures will intentionally be in effect at night, when ridership is low. Bus shuttles will be available to customers while the additional electrical upgrades are being carried out.