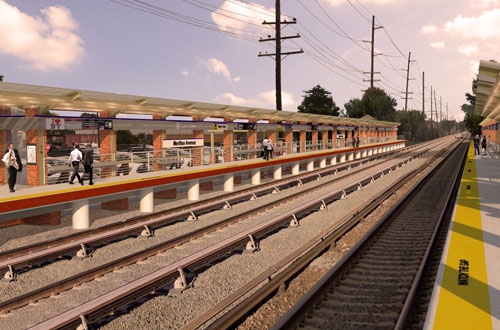 Stantec will serve as the lead engineer on the Long Island Rail Road (LIRR) expansion project that will revamp the railroad's Main Line.

The announcement comes after the Metropolitan Transportation Authority’s (MTA) board approved a $1.8 billion design-build contract for 3rd Track Constructors (3TC) to complete work on the LIRR project in December 2017.

Officials said the project will add a 9.8 mile third track and boost capacity for the LIRR’s bustling Main Line, which transports more than 300,000 daily passengers.

The MTA recently awarded the project to 3TC, which is a consortium of construction firms including Dragados USA, Inc., John P. Picone Inc, CCA Civil, Inc., and Halmar International LLC.

Enhancements will also take place on railroad infrastructure, including signal, power and communication systems, Stantec said. The third track will be placed within the existing LIRR right-of-way, as well.

“We’ve been providing design services to the MTA for more than 25 years and many of us are LIRR commuters,” said Stuart Lerner, executive vice president for Stantec. “Alongside 3TC and other project partners, our team is deeply committed to delivering this state-of-the-art system that supports economic growth and accessibility for dozens of communities along this impacted corridor and across the entire region.”

Stantec said more than 150 engineering, architecture and science professionals are set to work on the project, and pre-construction work will launch this quarter.