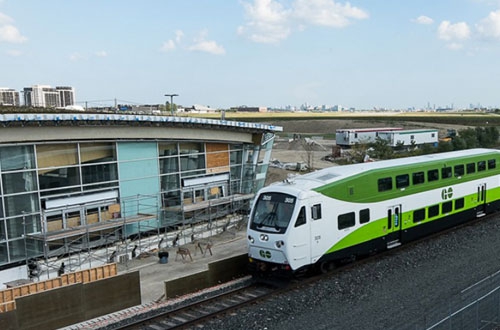 Infrastructure Ontario (IO) and Metrolinx have invited three teams to submit proposals for two stations and an operations facility along the Milton GO Corridor.

The project will support Metrolinx’s work to provide faster, more frequent and convenient transit service across the Greater Toronto and Hamilton Area (GTHA), as part of the GO Regional Express Rail (RER) program.

The shortlisted teams and their prime team members are:

The scope of the work at the two stations includes a new station building; reconfiguration and expansion of parking lot layouts; bus loop and passenger pick-up/drop-offs; accessible connections; reconfiguration and expansion of existing rail platform to an island platform with pedestrian tunnel connections and infrastructure to support future layover of trains, among other improvements.

IO and Metrolinx said the teams were selected based on criteria identified in the Request for Qualifications process that began in November 2017. A final award for the design, build and finance contract is anticipated to be announced in winter 2019.