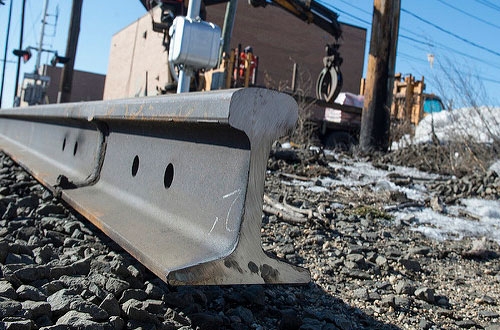 The Long Island Rail Road (LIRR) Ronkonkoma Branch Double Track project is one step closer to breaking ground after two design-build contracts were awarded for work that will significantly advance the project.

When completed, the project will dramatically increase capacity of the Ronkonkoma Branch along 18 miles between Farmingdale and Ronkonkoma, N.Y. The addition of the second track will allow the LIRR to provide more frequent off-peak service to the Ronkonkoma Branch in both directions and will increase flexibility and reduce delays associated with service disruptions. Completion is targeted for the end of 2018.

“This is a major step forward in our plan to modernize one of LIRR’s busiest lines,” New York Gov. Andrew Cuomo said. “The double track project will increase the reliability of our mass transit system, improving the commute for thousands of Long Islanders and helping to facilitate future economic growth in the entire region.”

The second contract is to design and build a new signaling system that will use computer-based train control software to better coordinate train movement when the second track is activated. The contract has been awarded to Ansaldo STS USA, Inc., and is valued at $44.8 million. The work will include final design, fabrication, delivery and system integration and testing of new components, including transmitters and 28 new wayside “huts” and other infrastructure associated with new interlockings at Farmingdale, Wyandanch, Deer Park and Central Islip and a modified interlocking at Ronkonkoma.

“I commend Gov. Cuomo and LIRR for their efforts to add a second track to the Ronkonkoma line,” said Suffolk County Executive Steven Bellone. “This project will not only make the commute more efficient for thousands of residents, but it will continue to spur economic growth, create jobs and bring more opportunity throughout the entire region. Today, we reached another important milestone in the double track project and I look forward to seeing it progress and create a brighter future for the entire Long Island community.”

Construction work on the double track project is already in progress. By the time the entire project is completed, the LIRR estimates the project will have injected close to $100 million into the Long Island economy.