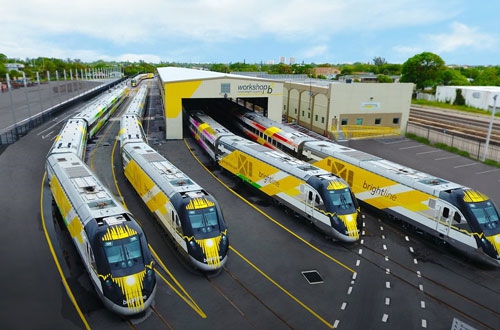 USDOT signed the Record of Decision (ROD) for Phase II of the All Aboard Florida (AAF)/Brightline Project and the Draft Environmental Impact Statement review (DEIS) for the Texas Central Railway (TCR) High-Speed Rail Project.

The department said these steps will enable private sponsors of the rail projects to move forward with their planned work.

“Safe, accessible and efficient regional rail systems are an important component in the transportation networks of many areas,” U.S. Transportation Secretary Elaine L. Chao said. “As proposed, these rail projects would increase travel options and promote economic growth in their regions of the country.”

Florida East Coast Industries, Inc. (FECI) proposed the AAF, a private passenger rail service that would connect Orlando and Miami, which will include stops in West Palm Beach and Fort Lauderdale.

As noted in the ROD, the FRA has chosen Alternative E as the preferred alternative, saying it will meet the needs identified for the AAF/Brightline Project.

The preferred alternative consists of:

The TCR High-Speed Rail Project is a privately-funded proposed new passenger rail system. It would operate within a fully-sealed corridor of about 240 miles between Dallas and Houston, and officials say its travel time is about 90 minutes.

USDOT said the DEIS’ publication marks an important step in the NEPA process. The FRA is providing the public the chance to review and comment on the DEIS. Following the public comment period, the FRA is expected to address any major comments in a Final EIS and ROD.

The 60-day public comment period for the DEIS will begin when the DEIS is published in the Federal Register. FRA will hold 10 public hearings during the comment period in the affected Texas counties.