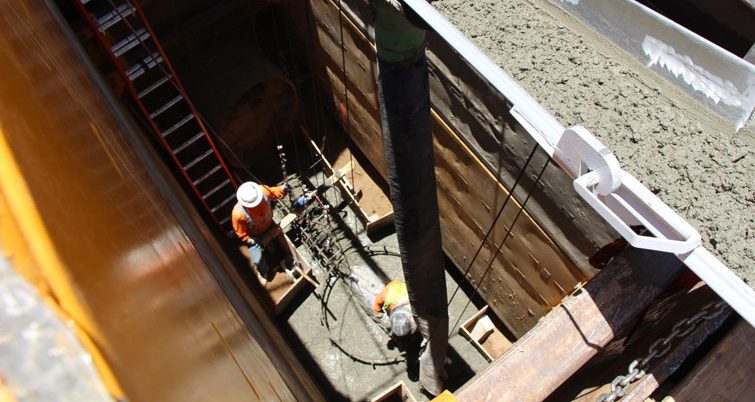 The contract, awarded to W.A. Rasic Construction Company, Inc., last September, required crews to relocate or protect a dozen sewer and water lines that intersect with the railroad corridor where the Foothill Gold Line is being built, officials said.

During the past 11 months, Rasic crews worked toward the successful completion of the first of three contracts to be awarded for the $1.5 billion, six-station Foothill Gold Line light-rail extension from Glendora to Montclair.

“The utility work went very smoothly and was completed two months ahead of schedule,” said Habib F. Balian, CEO of the Foothill Gold Line Construction Authority. “We were very pleased with Rasic’s work, which helps pave the way for the main design-build contractor to begin work as soon as they are ready.”

Procurement for the contract began in November of 2017 and will entail all work on the 12.3-mile light-rail extension with the exception of work related to parking, officials said.

Proposals are due Sept. 12, and the authority expects to award the contract later in 2018, with major construction set to begin in early 2020 and include two construction phrases.

First, the alignment contractor is expected to reconstruct and relocate the freight and Metrolink systems that operate in the middle of the rail corridor. Following a successful relocation, work is planned to build the light-rail system with expected completion in 2026.

“This is an early success for the project and for our funding partners,” Balian said. “Getting this work done ahead of the main design-build team being hired reduces risk for the four shortlisted bidding teams and hopefully reduces their final bid prices and keeps the project within our current estimates.”

The Foothill Gold Line light-rail project is funded by local county sales tax measures and the state of California. The portion of the project within Los Angeles County is funded in large part by the Los Angeles County Metropolitan Transportation Authority’s Measure M, with just below $100 million in Measure R funding allocated for the project. The portion of the line from Claremont to Montclair is supported by San Bernardino County’s Measure I.

In April of 2018, the project was awarded nearly $300 million from the State of California’s Transit and Intercity Rail Capital Program, a grant funded by SB1 and the State’s Cap and Trade Auction.

State funding will be used to fill the currently estimated funding still needed to complete the project in both counties.