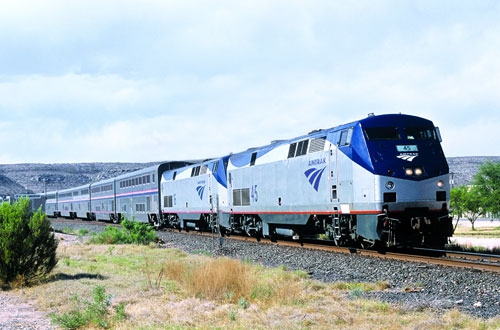 The Gulf Coast Working Group (GCWG) report identifies two routes as preferred options and includes the restoration of service between New Orleans, La., and Orlando, Fla., via long-distance train for one daily round trip, and New Orleans and Mobile, Ala., via state-supported train for one daily round trip. The GCWG is chaired by the Federal Railroad Administration (FRA) and consists of members from the Southern Rail Commission (SRC), CSX, Amtrak, state departments of transportation and various other local stakeholders. Hurricane Katrina caused significant damage along the corridor in 2005 and Amtrak service east of New Orleans was suspended.

The report estimates that a total of $112.6 million in track and station improvements, in addition to $5 million in project planning, would be required to support ongoing service on the two preferred routes. The report notes that Positive Train Control estimates and needs have not been determined along the entire route, which could significantly increase the restoration costs.

The report also notes that the investments recommended for passenger rail service restoration between New Orleans and Orlando, Fla., would benefit the freight operations along the corridor, as well. The reports states the improvements recommended to be made include additional yard bypass tracks, improvements to passing sidings, the addition of higher speed turnouts to existing siding tracks and upgrades to miter rails on moveable bridges.

“We are encouraged that FRA has found that rail service can begin quickly and at a reasonable cost. The SRC is grateful for the unified political and grassroots support the restoration of Gulf Coast passenger rail service has received from mayors to governors to the gulf south’s Congressional delegation,” said Greg White, chairman of the SRC. “Continued investments in our national passenger rail system are vital as our society becomes increasingly mobile and we look for ways to improve access to skilled workers, jobs, and new opportunities for economic development. The SRC is committed to ensuring the Gulf Coast region of our country is not left out.”

Norfolk Southern and CSX submitted letters that do not fully support the report. NS expressed concern that the New Orleans terminal, while recognized in the report as an operationally complicated portion of the proposed route, was not studied to determine the impact on transcontinental freight service. NS also pointed out that other Class 1 carriers that have a stake in the New Orleans Terminal–Union Pacific, BNSF, Canadian National and Kansas City Southern–were not participants in the study and adding passenger service to the region would impact their traffic.

CSX’s letter said its dissent from the GCWG findings is because the report “fails to adequately portray the real challenges associated with initiating the proposed new passenger service.”

A separate study commissioned by CSX found improvements of $2.3 billion would be required to accommodate added passenger rail service, but the improvements may not allow for an 80 percent on-time performance at all stations. The GCWG states in its report that it could not validate the results of the study, as it did not have a full understanding of how the proposal was developed.

The GCWG report says one of the next steps in the restoration process will include verifying with all stakeholders what improvements will be needed, including PTC requirements.

The GCWG report concludes, “….during the next 30 years the Gulf Coast and Florida megaregion’s populations are expected to increase by 10 million and 13.8 million, respectively. For the region to harness this projected population growth, it needs a multi-modal transportation system that provides transportation alternatives.”