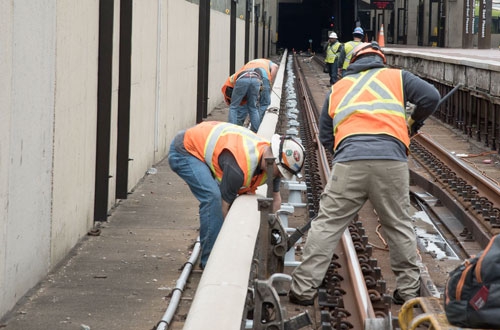 Metro [earlier this month] announced plans to accelerate major capital work on the Blue Line in Virginia that will modernize the signal system in the Alexandria Rail Yard, resulting in improved safety, reliability and on-time performance. Taking advantage of the historically low ridership during the pandemic, Metro will consolidate the project into a shorter series of outages that will close two stations – Franconia-Springfield and Van Dorn St.

The work will take place over 10 weekends beginning Friday, November 27 and ending Sunday, March 14. In addition, a two-week shutdown will take place during the winter holiday period when ridership typically drops even further. During those times, local and express shuttle bus service will replace train service at Franconia-Springfield and Van Dorn St. Blue Line trains will operate between Huntington and Largo Town Center. The schedule includes a break in work during Wreaths Across America (December 19), Inauguration week (January 16-24) and Presidents Day weekend (February 13-15).

Ridership at Franconia-Springfield and Van Dorn St remains down by 80% or more compared with pre-Covid levels.

During construction, Metro will replace all of the major components of the signal system in the Alexandria Rail Yard where it connects to the Blue Line, including switches, signals, track circuits and signal control rooms. The signal upgrades are necessary to modernize Metro’s Automatic Train Control System (ATC) which is more than 40 years old. This work cannot be done safely with trains in service and is best done with a shutdown.

“It is imperative that we continue our efforts to maintain safety-critical systems and a ‘State of Good Repair,’” said Metro General Manager and Chief Executive Officer Paul J. Wiedefeld. “It makes sense to consolidate this work now so that we impact the fewest customers, while modernizing our system so that it is safe and reliable for decades to come.”

In addition to the construction, work crews will conduct a series of safety tests on thousands of circuits to safely commission the new equipment for use. These tests are critical to ensure the integrity of the signal system.

Working with local jurisdictions, Metro decided on the series of shutdowns because completing the same work with weekend single tracking could more than double the time for completion, while providing severely limited rail service with waits up to 36 minutes between trains.

For specific details about operations during the shutdowns, please check Metro’s website. 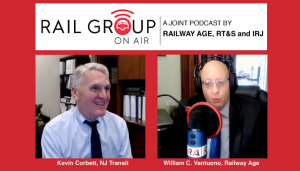