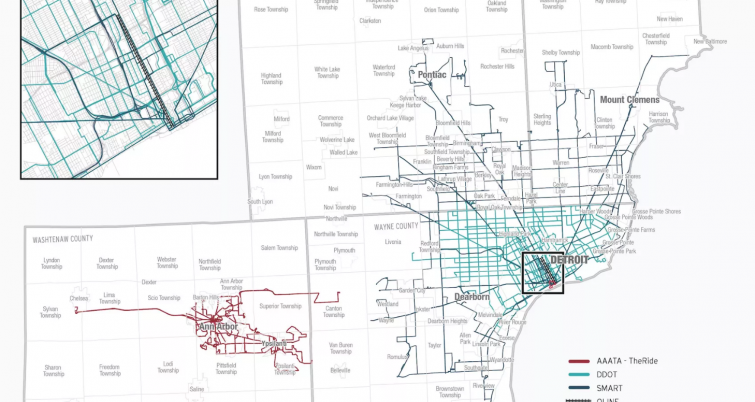 Michigan’s RTA is now working with the public for input on its latest plan.
RTA

Do not include those who do not want it. That was the conclusion of Michigan’s Regional Transit Authority (RTA) officials came to following a measure that was defeated at the ballot box in 2016. The proposal called for a transit millage, and the reason it did not pass was because people who would not receive the service voted against it. The RTA is now working with the Michigan state legislature to include the measure on the 2020 ballot in those areas that will actually receive the additional transportation.

The RTA has released an updated plan for southeast Michigan, one that will cost $4 billion over 20 years. The 2020 plan resembles the rejected 2016 approach. It calls for an expansion of express service along main corridors originating from downtown Detroit in addition to commuter service that will be active during rush hour along 13 regional routes. The plan also calls for commuter rail service between Detroit and Ann Arbor and an express line in and out of Detroit Metro Airport.

The RTA also wants to expand the commuter rail line so that it reaches Mount Clemens, Mich., to Chelsea, Mich., and has plans for a light rail line from Detroit to the Detroit Metro Airport.

The plan calls for an additional $105.6 million a year in funding, which would be generated from the tax millage.

The RTA plans to work with the public in the coming months, and will even be sending out a survey asking about needs and desires.