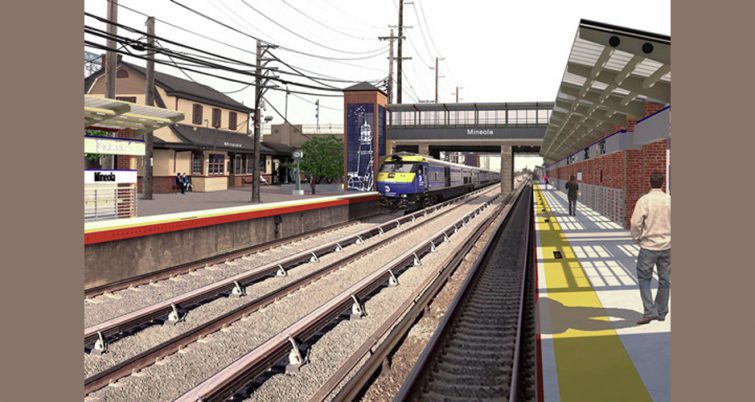 The Metropolitan Transportation Authority (MTA) [yesterday] announced major progress made on implementing Positive Train Control (PTC) on MTA Long Island Rail Road and MTA Metro-North Railroad, reaffirming both railroads will be in full PTC operations by the end of 2020.

Progress on buildout of Positive Train Control is measured in terms of mileage covered and in terms of train cars with the software needed to operate in PTC.

Metro-North today announced it has implemented mandated wayside PTC operability on its entire system east of the Hudson River, adding the New Haven Line from Greenwich to New Haven to join the line’s western portion, the Harlem and Hudson Lines and Danbury and New Canaan Branches, which had already had PTC operability.

All Metro-North’s diesel trains, as well as all of its electric trains on the Harlem Line and Hudson Line are operating in PTC. Technicians are bringing PTC software to the New Haven Line’s M8 electric cars, which will allow New Haven Line trains to enter PTC operations in October.

“Achieving PTC operability on 100% of our tracks is a major milestone and evidence that we remain on schedule to have full PTC functionality across the railroad by the end of this year,” said Catherine Rinaldi, President of MTA Metro-North Railroad. “I congratulate our team for achieving this milestone and encourage everyone to keep the momentum going through the end of the year, when all trains will be operating with PTC.”

The Long Island Rail Road today announced that all train cars now have the equipment and software to operate PTC. Technicians are continuing to review performance and perform quality checks on a train by train basis to ensure that all trains are operating in PTC by the end of the year.

The LIRR has brought full PTC functionality to 94% of its track mileage, with the remaining 6% within areas of switching complexes at Jamaica and at Harold Interlocking, a complex of switches in Sunnyside, Queens, where LIRR meets Amtrak’s Northeast Corridor tracks for the connection to Penn Station.

“Bringing the hardware and software to enable PTC on 100% of our trains is a major milestone that our workforce should be proud of. This reaffirms our commitment to improving safety for our riders and employees,” said Phil Eng, President of the Long Island Rail Road. “I commend the entire team for their dedication and hard work and know they will continue with a full court press to meet the Federal deadline so every train is operating in PTC by the end of the year.”

Positive Train Control enhances train safety behind the scenes by eliminating the potential for human error to contribute to train-to-train collisions, trains traveling into zones where railroad employees are working on tracks, or derailments caused by a train traveling too fast into a curve or into a misaligned switch.

The system uses a network of computers on board trains and along the tracks that are in communication with a central control hub, sharing data on rail conditions in real time. More information about how Positive Train Control works on the MTA network can be found at the three-minute video at this link: youtube.com/watch?v=bIX9wWlY_wg

All the segments that have been activated with PTC have it enabled full interoperability with all other railroads who share the tracks, including Amtrak and freight railroads.