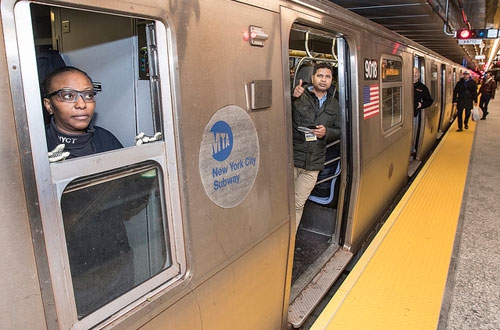 The LIRR reportedly transported 89.3 million passengers in 2016, which MTA cites as a 1.9-percent increase compared to the year prior and is noted as the highest ridership since 1949.

Metro-North Railroad has carried approximately 86.5 million customers in 2016, which MTA says is the highest ridership in the railroad’s history. The 2016 numbers surpass those of last year’s record of 86.3 million. Metro-North’s total ridership has more than doubled since the railroad’s founding in 1983, MTA says.

“The opening of the Second Avenue Subway was a singular event, and New Yorkers have been quick to embrace the new line, with ridership climbing quickly,” said Ronnie Hakim, the MTA’s interim Executive Director. “The fact that so many daily riders are using the new line has also helped to ease crowding during the morning rush at key stations on the Lexington Avenue line, making commuting easier, faster and better for thousands of New Yorkers.”

The LIRR has documented a 1.97 percent average growth per year throughout the past five years. The railroad’s ridership has grown 10.2 percent in five years, from 81.0 million in 2011, MTA says.

“The ridership figures underscore the importance of the LIRR capacity expansion projects that are underway or proposed,” said MTA Chairman and CEO Thomas F. Prendergast.

MTA says the ridership figures underscore New York Gov. Andrew Cuomo’s proposal for significant capacity increase work to be done on the LIRR to expand the Main Line from two tracks to three between Floral Park and Hicksville. The LIRR is currently constructing a second track between Farmingdale and Ronkonkoma.

The MTA reports that a demographic and travel analysis of LIRR users reveals an increasing reliance on the railroad by younger customers, and “the beginnings of a reverse-travel market segment,” which the MTA predicts would be further developed if Gov. Cuomo’s Main Line Expansion project proposal is built as expected.

“Our data reinforces what we’ve seen elsewhere that millennials are more likely to opt for the railroad as a matter of choice, and to embrace a lifestyle built around downtown activities and living than previous generations,” said William Wheeler, MTA’s director of planning. “We know that habits that are developed early in one’s adult life tend to stick with them through their entire working lives. So the trend bodes well as a long-term positive for LIRR ridership.”

LIRR President Patrick Nowakowski says the survey results are valuable to the railroad as it makes decisions regarding service planning, capital expenditures and marketing for future years.

“There is an intrinsic demand for reverse-peak travel to the Island that today is very difficult for the LIRR to accommodate as a two-track railroad,” Nowakowski said. “This data shows that if and when the Main Line is expanded to a third track, our reverse-commute service would fill an immediate unmet need.”