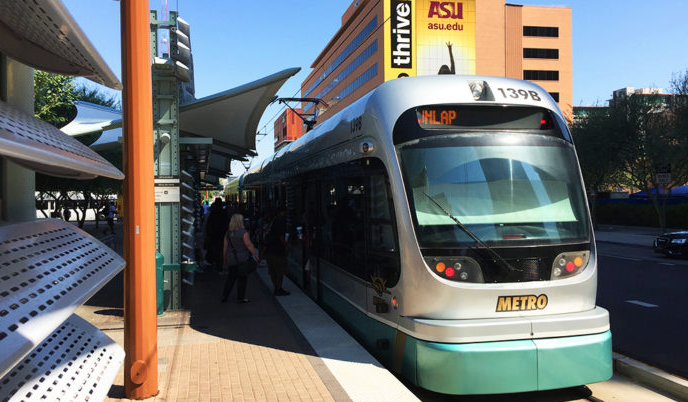 City officials in Phoenix took one step closer toward an I-10 light-rail extension. The city’s Transportation, Infrastructure and Innovation Subcommittee approved Phase 1 of the project.

A full track loop is being considered. Light rail will be operating westbound on Washington Street from Third Avenue to the State Capitol Complex, and then east on Jefferson Street. Original plans called for a double track option along Washington Street from Third Avenue, up to the capitol. However, that idea was scratched because bus lanes, bike lanes and traffic lanes were not accommodated.

Officials are still considering other options, including the number of stations and other extensions.

The city held two virtual sessions for public input on the extension project, and an online survey also was conducted. The first survey asked which mode of transportation the public favored, and 75 percent said they wanted light rail. The second survey dealt with the full track loop extension, and 67 percent liked the option.