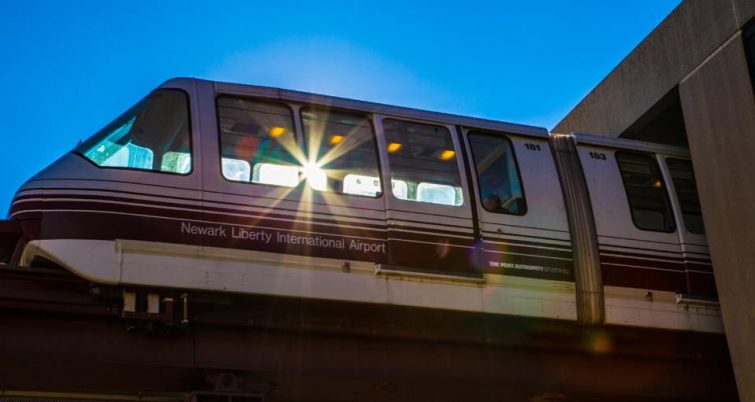 The Federal Aviation Administration has issued a Final Environmental Assessment (EA) for the proposed AirTrain replacement at Newark Liberty International Airport, keeping the project on track and sustaining the Port Authority’s commitment to creating world-class AirTrain systems across its airports.

The FAA issued a Finding of No Significant Impact (FONSI)/Record of Decision (ROD) on August 13, based on a review of 17 areas of assessment. The findings are available on the Port Authority website (Port Authority Studies & Reports | Port Authority of New York and New Jersey (panynj.gov). The FAA served as the lead federal review agency and the issuance of its review follows completion of a 30-day public comment period, held from February 11 through March 12, 2021. The Final EA includes public and written comments received during this period.

With the decision, the Port Authority continues to build momentum toward state-of-the-art mass rail transit systems that reduce greenhouse gas emissions and traffic congestion and provide a safer, more accessible ride for air travelers. In July, the FAA issued a ROD for the planned LaGuardia AirTrain following an exhaustive environmental review.

Construction on the $2.05-billion Newark Liberty project is scheduled to begin in mid-2022, with new service set to start in 2026. Once completed, the new AirTrain Newark will be a 2.5-mile elevated guideway train system. It will replace the existing but outmoded AirTrain, which opened in 1996 and was extended in 2001 and remains vulnerable to frequent breakdowns and delays.

“This decision is a key step in replacing the long-outdated AirTrain,” said Governor Phil Murphy. “New Jerseyans and travelers deserve a world-class transit system at Newark Airport, and we are much closer to attaining that reality with the FAA’s latest action.”

“The current AirTrain Newark has outlived its usefulness,” said Port Authority Chairman Kevin O’Toole. “Its replacement will create a new rail system that offers a 21st-century customer experience for airport visitors and employees, as we continue to reimagine and redevelop Newark Liberty Airport.”

“Modern, world-class mass rail transit is the future of travel into and around the Port Authority’s airports,” said Executive Director Rick Cotton. “It will enable this agency to provide a safer, more accessible ride for travelers, greatly reduce greenhouse gas emissions and lead to lower road congestion around our airports.”

To accommodate future passenger growth at Newark Liberty, the Port Authority has embarked on several planned transformational capital projects, including a new $2.7-billion Terminal A and a state-of-the-art Consolidated-Rent-a-Car Center (ConRAC), which will accommodate numerous rental car agencies at one convenient location at the south end of the airport.

In addition, the new train system will be designed to maximize customer convenience with seamless connections to other forms of transportation and provide modern wayfinding, digital tools and amenities in AirTrain stations and in vehicles. It will connect to the new terminal and to ConRAC.

Newark Liberty is a key international gateway to New Jersey, the region and the nation, handling more than 46.5 million air passengers in 2019. That year, the AirTrain  averaged 33,000 passengers per day, or approximately 12 million passengers per year. It provides access to the Northeast Corridor Rail Link Station and assists customers and employees transferring between air terminals, parking lots and rental car facilities.

As part of the development and operation of Newark Liberty AirTrain, the Port Authority will provide expanded opportunities for minority- and women-owned business enterprises (MWBEs), a critical component of the agency’s inclusionary contracting policies and practices.

Additionally, the Port Authority has set an 80-percent participation goal for residents of Newark and Elizabeth to be hired for permanent new AirTrain operations, maintenance and management jobs. The agency also will require its contractors to include goals for local business enterprises (LBE) participation.

BART single-tracking in some areas to complete critical electrical work