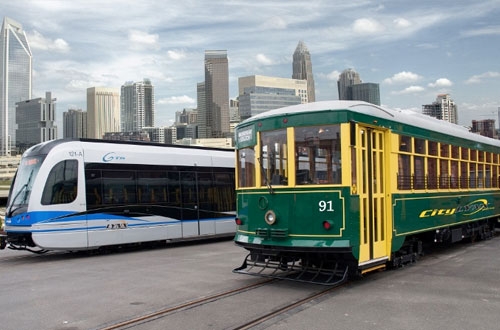 “This project is the next step in Charlotte’s march to a 21st century transportation network and is an example of the action-based dialogue necessary to connect underserved areas,” Secretary Foxx said. “In the process of making it happen, Charlotte has a chance to better manage its growth and deliver new housing stock, new jobs and new economic opportunities for parts of the city that badly need them.”

“This is an exciting time for Charlotte as we continue to fulfill a promise made in the transit vision approved by the citizens in 1998 and 2007,” said Mayor Clodfelter. “The Gold Line will play a critical role in connecting our east and west side communities and by providing more opportunity for sustainable growth.”

The CityLYNX Gold Line has been a part of the Metropolitan Transit Commission’s vision since 2002. The project became a reality in 2010 when the city of Charlotte was awarded a $24.99-million Urban Circulator Grant from the Federal Transit Administration. Coupled with a $12-million investment by the city, the project cost $37 million and started construction in December 2012.

This is the first time this mode of transportation has operated in the streets of Charlotte in 77 years. 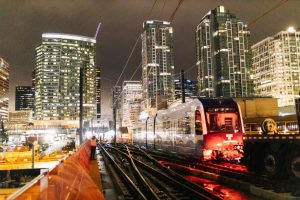 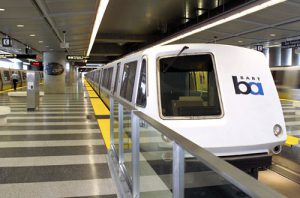