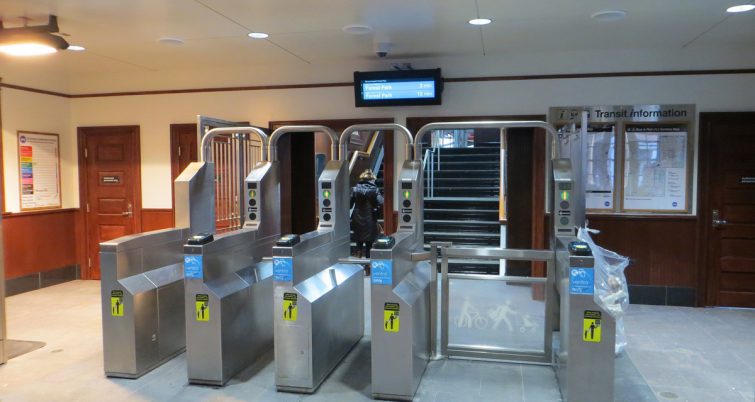 The O’Hare International Airport “People Mover,” the light-rail system that shuttles passengers around the airport grounds, will shut down completely next week and will not reopen until the fall of 2019, according to a Dec. 31 Chicago Tribune report.

The people mover, also known as the Automated Transportation Service (ATS), has not operated during weekdays since the spring. The report states that beginning at 5 a.m. on Jan. 8, weekend service will be suspended and shuttle buses will be relied upon until train service picks up again in the fall.

“The [Chicago Department of Aviation] is building a new and improved ATS that will benefit O’Hare travelers moving between the terminals, economy parking lots and the new Multi Modal Facility,” said Chicago Department of Aviation (CDA) Commissioner Jamie L. Rhee in a press release. “We recognize that construction on the new ATS may inconvenience passengers, and so we are urging them to plan ahead and consider alternative travel options to avoid extra traffic. Working with the CTA and our airport partners, we are encouraging travelers to choose the Blue Line to save time as we work to elevate the travel experience from O’Hare.”

The city of Chicago is upgrading the airport’s 25-year-old people mover to include a new, larger fleet of cars. The Tribune reports that the new fleet will double the people mover’s capacity.

Lauren Huffman, deputy commissioner of Communications at the CDA, reportedly told the Tribune that the ATS train system needs to shut down because it is electrical and crews will be working on the tracks. The previous system transported 30,000 passengers per day on average, she said.

In addition to moving passengers between terminals and economy parking lots, the new system will also feature a new stop at the O’Hare Multi Modal Facility, which the Tribune reports was completed last fall. The facility was designed to offer a central access point for rental cars and parking.

The People Mover shutdown is expected to cause additional vehicle traffic surrounding the terminal roadways at O’Hare. The city’s aviation department is encouraging passengers to use the Chicago Transit Authority (CTA) Blue Line for less congested transportation to and from the airport when possible.

The city has included the renovation of the people mover in the $841 million cost for the Multi Modal Facility, the report stated. Finances for the project included a federal loan as well as general airport bond revenues, the city explained.