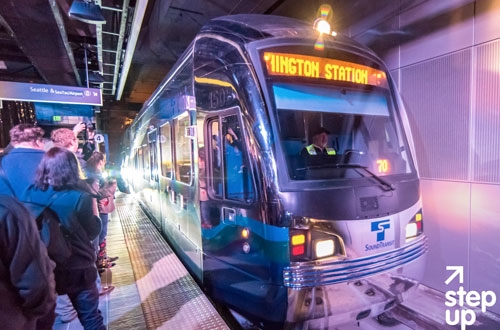 The University Link project opened six months ahead of schedule and about $200 million under its $1.9-billion budget. The project’s success was supported by strong collaboration with the federal government and partners including the city of Seattle and University of Washington and the Washington State Department of Transportation.

“Today, we celebrate an historic achievement – delivering new high-capacity light rail that will transform transportation in our region for the next century,” said Sound Transit Board Chair and King County Executive Dow Constantine. “Thousands of commuters will now be able to get to their destination on time, every time, even as our population grows. Thanks to support from U.S. Transportation Secretary Anthony Foxx, U.S. Sen. Patty Murray, our representatives in Congress, our staff at Sound Transit and, most importantly, local voters, we are creating the reliable mass-transit system our region needs.”

University Link connects with the existing light-rail line between SeaTac and downtown Seattle on which ridership has grown in double-digit percentages every year since its 2009 opening.

“This is a transformational moment for Seattle,” said Sound Transit Board member and Seattle Mayor Ed Murray. “Not only will it change how we get around, it will change how we think about how we get around. Today we are celebrating the accomplishment of transit advocates of a generation ago who developed a shared vision and all of us who worked steadily to achieve it.”

A major portion of the federal funding for the project came from an $813 million grant from the Federal Transit Administration.

The University Link extension is estimated to nearly double weekday ridership on the existing light-rail line to more than 70,000 riders on weekdays by 2020.

University Link is one of several ongoing projects to expand light-rail service in the Seattle area. The Northgate Link and Lynnwood Link projects will continue Link northward from the new University of Washington Station, with the first phase on track to open for service in 2021 and the full extension to Lynnwood planned for 2023. The S. 200th and Federal Way projects are underway to extend service southward from the current SeaTac/Airport Station, with a new station at Angle Lake opening in fall 2016.

In addition, the East Link Extension, currently in final design and expected to open in 2023, will bring light rail across Lake Washington to communities including Mercer Island, Bellevue, and Redmond.

Overall, the fully extended Link system will include more than 50 miles of light rail and connect the region’s major residential, commercial and educational centers. 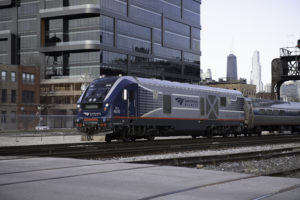 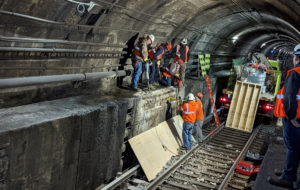 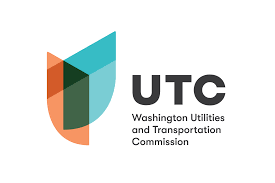