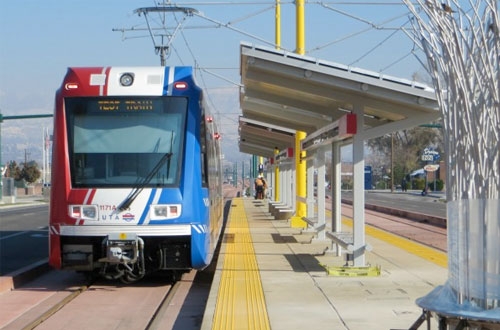 It will provide a direct transfer from its 500 West Station on top of the newly-renovated North Temple Viaduct to FrontRunner commuter rail, which will eventually connect all commuters from Ogden to Provo. There will be five stations along North Temple at 500 West, 800 West, 1100 West, 1500 West and 1950 West. There will also be a station and Welcome Center just outside Terminal One of the airport.