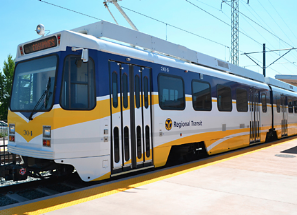 The Sacramento Regional Transit board could not come up with enough support for a light-rail line.

The plan went from streetcar to light rail to sending back a no thank you card. Now the city of Sacramento will be returning $50 million in federal funding.

The Sacramento Regional Transit board voted on Aug. 24 to reject the grant. Five voted in favor of a light-rail project while five rejected the deal. The “yes” group needed to have a 50-point-plus weighted score, and the five approvals gave it a weighted score of 48.

Once viewed as a 4-mile streetcar line that would connect Sacramento with West Sacramento, officials decided to scale the project down to a 1.1-mile-long light rail line in the hopes it could still use the $50 million grant. How to generate the remaining funds to build the line was unclear, and coming up with $1.5 million annually in maintenance costs was viewed as too difficult. No study was conducted to show how many would use the service.

Some members of the board rejected the notion that returning the $50 million in federal funding would hurt the region’s chances of receiving money for future projects, and one board member believes a bus service would be far less expensive.