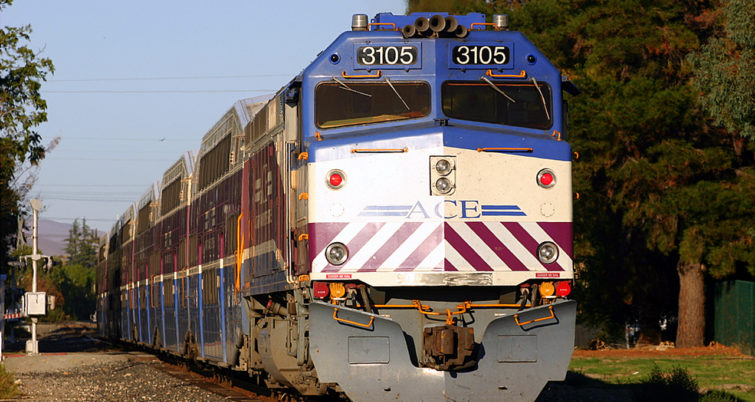 The San Joaquin Regional Rail Commission (SJRRC) announced that it was awarded $57 million from the Transit and Intercity Rail Capital Program (TIRCP) towards extending its Valley Rail Program from Ceres to Turlock.

Valley Rail is a joint program that includes improvements and expansions of both ACE and Amtrak San Joaquins that is focused on service between the San Joaquin Valley, Sacramento, and the Bay Area.  The southern segment of Valley Rail extends ACE to Ceres with plans to further extend ACE to connect with high-speed rail at multi-modal station in downtown Merced. The TIRCP award will fund projects associated with future ACE service between Ceres and Turlock which is the next, important step to reaching Merced ahead of California High Speed Rail initial operations.

“We would like to thank the Legislature and the Governor’s office for continuing to fund important transformational transportation projects in California. The TIRCP investment in Valley Rail brings much needed funding to the San Joaquin Valley where residents need multi-modal travel options. The local communities are excited to be connected to the statewide rail network and have access to a variety of economic opportunities,” says Stacey Mortensen, Executive Director of the San Joaquin Regional Rail Commission and San Joaquins Joint Powers Authority.