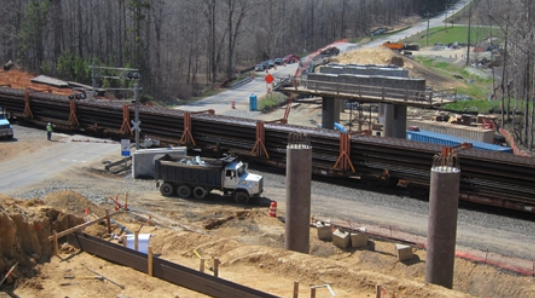 The Senate now must focus on passing a spending package before the House takes on the infrastructure bill.

The Senate passed a roughly $1 trillion infrastructure bill by a 69-30 count. The legislation now moves on to the House, where it could sit for months.

The House is currently on August recess, and Speaker Nancy Pelosi (D-Calif.) has said she will not take on the infrastructure package until the Senate passes the $3.5 trillion spending package. The Senate appeared ready to take a vote to start the process of passing the spending deal on Aug. 10, and if all 50 Democrats agree things will get moving. However, what lies ahead looks more like a circus. Before the budget has a chance of getting approved a session called vote-a-rama will take place. During this time eater, any senator can force a vote on anything they want. Once the budget resolution is cleared it will take at least another month to draft the spending package.

The House is not expected to take on the infrastructure bill until the fall. The bill contains about $550 billion in new spending.

“This measure marked unprecedented levels of investment in programs that are critical to our freight industry, like CRISI, RAISE, and INFRA, providing our members enormously expanded opportunities to compete for investment grants to implement new technology, upgrading aging track, rehabilitate bridges, and initiate important safety measures that allow us to better serve our customers,” American Short Line and Regional Railroad Association President Chuck Baker said in a statement. “We commend the Senate for advancing this bold, bipartisan bill.”

“It is imperative we modernize our infrastructure to build the economy of the future, and today’s vote in the Senate is a big step in the right direction,” Brightline CEO Michael Reininger said in a statement. “Rail is the clear winner in this bill, at long last demonstrating a federal commitment to breaking the inertia of the past and building the next generation of rail projects nationwide.”