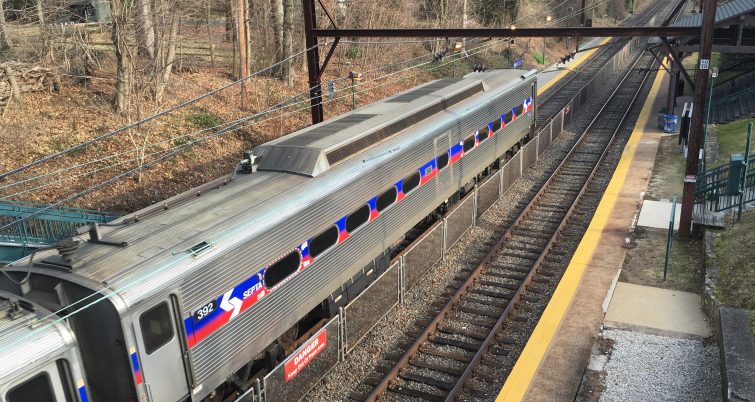 SEPTA is working on a long-term vision for regional rail.
David C. Lester

SEPTA is facing a possible significant cut in its Fiscal Year 2022 Capital Budget.

[This week] SEPTA unveiled its proposed Fiscal Year 2022 Capital Budget and 12-Year Program, a plan that lays out the Authority’s vision for continuing core infrastructure improvements and advancing projects of significance for the region. At the same time, with uncertainty looming about state funding, the plan also shows major reductions that would have to be made if long-term funding for transportation improvements is not secured in the near future.

To advance major initiatives such as Trolley Modernization, King of Prussia Rail and station accessibility projects – along with much-needed fleet replacements and infrastructure work – SEPTA needs to expand its capital budget. Thanks to funding from Pennsylvania Act 89 of 2013, SEPTA has been able to make progress on its state of good repair needs in recent years. Still, the Authority’s proposed budget for Fiscal Year 2022 of $618 million leaves SEPTA with about half of the capital funding that is available to similar peer transit agencies, such as the MBTA in Boston and WMATA in Washington, DC.

And now, SEPTA faces the possibility of having its capital budget cut by one-third in just 14 months due to uncertainty surrounding state funding mechanisms when Fiscal Year 2023 starts on July 1, 2022. Since most capital projects are multi-year efforts, SEPTA will have to begin deferring work in Fiscal Year 2022 if there is no resolution.

“SEPTA is committed to playing a major role in this region’s recovery from COVID-19; however, we are facing a capital budget crisis that could severely limit what we are able to offer our customers and the communities we serve,” said SEPTA General Manager Leslie S. Richards. “Critical infrastructure repairs and fleet replacements that are needed to keep the system going everyday are at risk, as are the projects of significance that would support job growth and our economy. We are working with leaders at all levels of government to ensure sustainable, bondable funding is available so that SEPTA can fulfill its core mission of moving people safely, affordably and equitably in the years to come.”

Virtual hearings on the proposed Fiscal Year 2022 Capital Budget and 12-Year Program will be held on May 26, 2021, at 11:30 a.m. and 5 p.m. The plan is then expected to go to the SEPTA Board for a vote at its June meeting, and if approved, would go into effect with the start of Fiscal Year 2022 on July 1. To view the meeting notice and the full budget proposal, visit www.septa.org.