A new agreement would send billions over to NJ Transit.

NJ Transit no longer thinks natural gas is the natural choice for the redesign of its microgrid, which will improve the supply electricity to lines of track in the region.

After months of debate over the natural gas selection, which NJ Transit thought at one time was the only option feasible, NJ Transit President and CEO Kevin Corbett announced during an Oct. 21 meeting that the agency is taking a step back to re-evaluate other alternatives like wind and solar. The board approved a $3 million stripend program in an effort to start the new process.

NJ Transit is calling its new microgrid Transitgrid, and the original plan was to build a gas-fired, 140-megawatt power plant in Kearny on 48 acres by the Hackensack River. The plant would emit up to 571,000 tons of carbon dioxide annually. Transitgrid’s power reach is supposed to cover 64 miles of rail.

The power plant was expected to cost around $577 million, with the federal government contributing $409 million. NJ Transit is hopeful the grant could be applied to another option.

New Jersey Gov. Phil Murphy announced his opposition on a separate power plant project in the Meadowlands in late 2019, and his administration has been pushing a clean energy agenda.

Curved section of Brightline construction in Fla. catches the eye 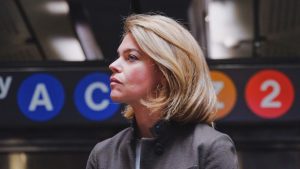