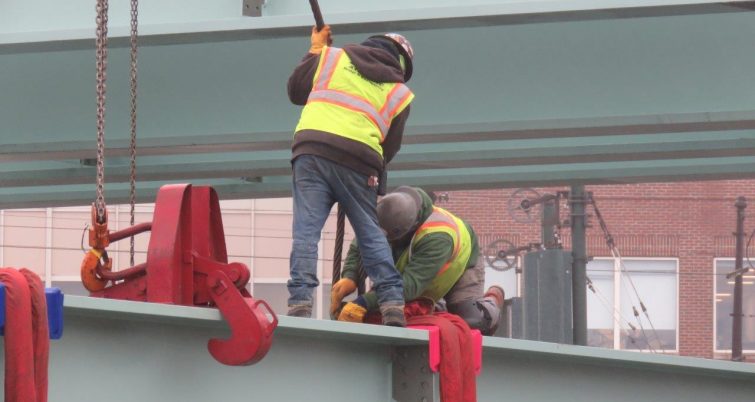 The city of Boston is famous for its Green Monster, which is the high left-field wall at the home of baseball’s Boston Red Sox, also known as Fenway Park. However, lately the Green Line Extension project has been getting all of the attention.

The Massachusetts Bay Transportation Authority’s Green Line Extension will extend the northern end of the Green Line from Lechmere to Union Square in Somerville and College Avenue in Medford. Three majors bridges in Somerville have been closed: Broadway Bridge, Washington Street Bridge and the Medford Street Bridge. Crews continued work on the Broadway Bridge during the month of April, placing steel girders across the first and second spans:

The Green Line Extension project is expected to be complete in December 2021.