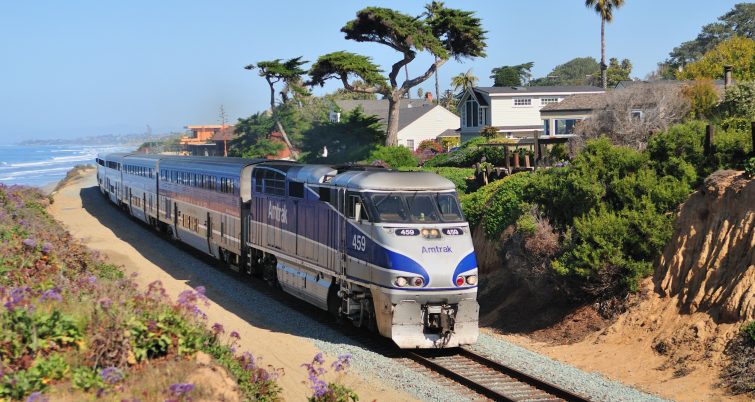 The NCTD will delay building a major portion of a protective fence so it can discuss concerns with local officials.
SANDAG

The North County Transit District (NCTD) will wait on installing a large portion of a new fence along the Del Mar bluffs to prevent pedestrians from crossing the track. Construction of a smaller section, however, will move forward as planned.

A fence will be built in Oceanside, where residents have not complained about the project. That portion of the barrier is eighth-tenths of a mile long between Loma Alta Creek and Buena Vista Lagoon. The NCTD is asking the city of Del Mar to help pay for a decorative fence in its portion rather than a chain-link fence. The board also wants to use the railroad right-of-way to construct a trail. The city will have to assume any risk that goes along with having a trail by the railroad tracks. In the meantime, the board granted 120 days in order to execute discussions between the district, Del Mar and the California Coastal Commission about the fence.

Construction of the chain-link fence is expected to cost around $10 million.